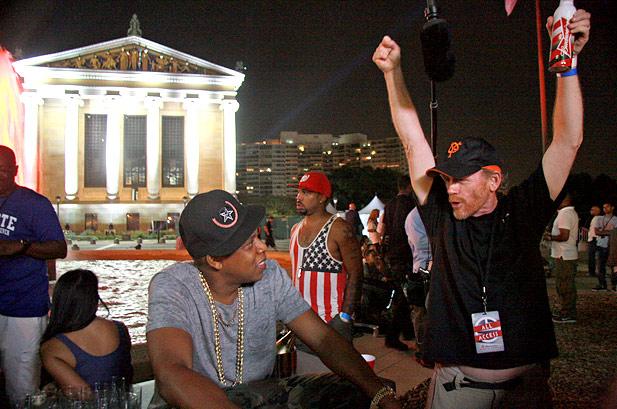 The documentary will cover Jay-Z sitting in with Pearl Jam for their live mashup of his “99 Problems” with the band’s “W.M.A.”

The performances and the cameos made by artists will make the documentary memorable but the  backstage chatter, stories from the filmmakers, fans, workers, and city of Philadelphia will add to its greatness.

Now, word is that the documentary will be premiering at  September 8th until the 18th during Toronto’s International Film Festival.

A week prior to the documentary’s premiere, the second ‘Made In America’ Festival will take place August 31st until September 1st in Philadelphia  with a line-up including: the lineup of Beyoncé, Nine Inch Nails, Phoenix, Queens of the Stone Age, Deadmau5, Black Hippy, Empire of the Sun, Haim, ASAP Rocky, Public Enemy, Miguel, Aluna George and more.

Written by: John Weber – The Source

For the original report go to http://thesource.com/2013/08/21/ron-howards-jay-z-documentary-to-premiere-at-toronto-film-festival/