Putting dancehall in the mix 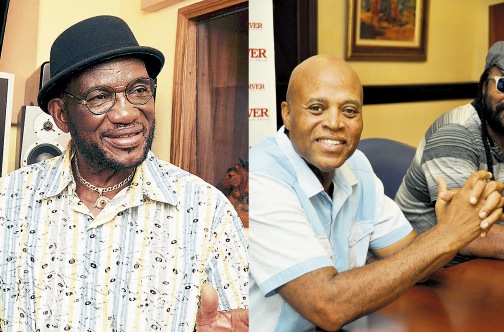 RONNIE Burke, a co-founder of Reggae Sunsplash, will receive a national award for his contribution to the development of Jamaican music, 37 awards after that festival was first held.

The 73-year-old Burke has been awarded the Order of Distinction (OD), Jamaica’s sixth highest honour, by the government.

He will receive the award in October during the annual National Honours and Awards ceremony at Kings House.

The list of awardees were announced yesterday by the Jamaica Information Service.

Nyahbinghi drummer Ras Michael, who performed on the inaugural Sunsplash in June 1978 in Montego Bay, has also been awarded the OD for his contribution to the development of Jamaican music.

Along with Tony Johnson, Don Green and John Wakeling, Burke was a member of Synergy, the company that staged Reggae Sunsplash for many years.

Johnson and Wakeling have died while Green lives in the United States. Burke is the first of the quartet to get a national award.

“I guess it’s a bit overdue. I think especially Tony should have been recognised…he was the generator,” said Burke yesterday.