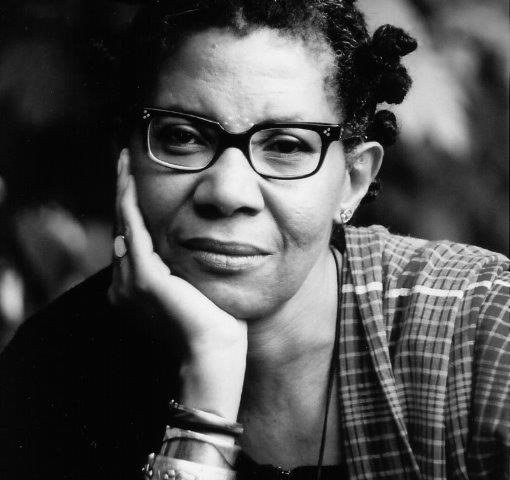 Toronto, ON – Ryerson University’s annual Social Justice Week Mandela ECI Lecture has always managed to capture the imagination of a wide variety of Torontonians by keeping its finger on the pulse of timely, topical issues tied to race, culture, and the African diaspora, with past guest lecturers including African American political commentator and Professor Melissa Harris-Perry. This year’s FREE admission Mandela ECI Lecture “Black Be/longing: At the crossroads of art, culture, and human rights” will spotlight one of Canada’s most important contemporary writers and revolutionary thinkers, M. NourbeSe Philip. By writing memory upon the margin of history, in the shadow of empire, and at the frontier of silence, NourbeSe Philip’s aim has always been to make us see what has gone unseen. Her new book Blank (Book Thug), which will be launched at the event, is no different in its ambition. In this lecture, NourbeSe Philip will draw from Blank and explore questions of belonging, race, politics, art, and the so-called multicultural nation. The lecture will be moderated by Ryerson University’s Dr. Denise O’Neil Green, Vice President of Equity and Community Inclusion.
Joining her to respond and share their reflections are civil rights lawyer Anthony Morgan and journalist/ columnist Vicky Mochama.
The evening opens with a performance by 2017 Polaris Music Prize Award-winning musician Lido Pimienta.
SPEAKER BIO’s

M. NourbeSe Philip is a poet, essayist, novelist and playwright who lives in the space-time of the city of Toronto where she practised law for seven years before leaving to write. Among her published books of poetry, five are seminal: She Tries Her Tongue; Her Silence Softly Breaks, Looking for Livingstone: An Odyssey of Silence, and Zong! where she engages in genre-breaking exploration of memory, history and the untelling of the transatlantic slave trade. Her fiction includes short stories and her young adult novel, Harriet’s Daughter. She has published four collection of essays, including the forthcoming collection, Blank (Fall, 2017). She has published one playscript, Coups and Calypsos and adapted her novel Harriet’s Daughter for the stage. Among her awards are the Pushcart Prize (USA), the Casa de las Americas Prize (Cuba), the Tradewinds Collective Prize (Trinidad and Tobago), the Lawrence Foundation Prize for short fiction (USA), as well as the Arts Foundation of Toronto Writing and Publishing Award. Her play, Coups and Calypsos, was a Dora Award (Canada) finalist. She is a Guggenheim Fellow in Poetry (USA), a McDowell Fellow and a Rockefeller Foundation (Bellagio) Fellow.

Anthony Morgan is a human rights and civil liberties lawyer at Falconers LLP, where his practice focuses on state accountability litigation. He is also an advocate and frequent legal, social and public affairs commentator on issues concerning racism, critical multiculturalism and critical race theory in Canada. He was appeared on or written for CBC, CityNews, CTV, CNN, Toronto Star, Globe & Mail. He specializes in intersectional anti-racist human rights litigation and advocacy that addresses anti-Black racism in policing and the broader criminal justice system. He has advocated on the issue of anti-Black racism in Canada at various levels of court, including the Supreme Court of Canada, and before two United Nations human rights committees in Geneva, Switzerland. In both 2016 and 2017, Anthony was nominated as one of Canada’s Top 25 Most Influential Lawyers by Canadian Lawyer Magazine.

Vicky Mochama is a writer who comments on politics, gender and race. She writes a column for Metro News and for the Toronto Star. In addition, she co-hosts a podcast (with Buzzfeed’s Ishmael Daro) called Safe Space. Vicky is a co-author of the best-selling Canadaland Guide to Canada.

Lido Pimienta is a Toronto-based, Colombian-born interdisciplinary musician and artist-curator. She has performed, exhibited, and curated around the world since 2002, exploring the politics of gender, race, motherhood, identity and the construct of the Canadian landscape in the Latin American diaspora and vernacular. Lido’s latest LP La Papessa which won the prestigious 2017 Polaris Music Prize, charts an evolution from her debut LP Color (2010), an album full of (as the title suggests) colorful landscapes and positive vibrations. La Papessa describes the narrative of how Lido has found her independence as a woman and as an artist who refuses to fit preconceived notions of what a Latina artist ought to be.

For event info go to:

For more information and all media inquiries please contact: