Guinness gets Behind the Screens 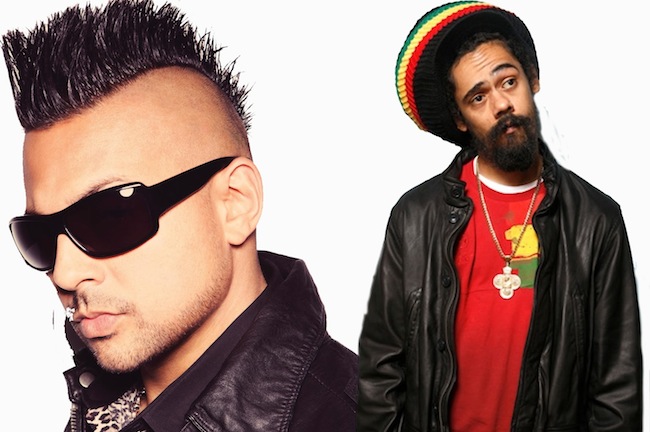 The long anticipated collaboration between Grammy award winning dancehall artistes Sean Paul and Damian ‘Jr. Gong’ Marley has hit the airways through the release of Riot featured on Sean Paul’s sixth studio album, scheduled to be released this year.

Since its release, the single has been blazing up the airways and social media properties and have fans singing along with its catchy chorus line. Sean Paul said that the collaboration was long in coming but they waited for the right moment to work together for this single. “Even though we have been friends for years and saw each other on tours, we never got the chance to work with each other until ’09. Damian has produced two songs for me and we have written another one but we always thought that we needed to come out with a banger and Riot turned out to be the one,” Sean said.

DJ Sparks has included the single in her rotation and says it has the ability to become a popular and number one hit. “People will like Riot because it has a kind of Hip Hop vibe. I like the positive message and the nice bouncy beat that it is on,” Sparks says. The single with beats of Reggae fused withElectronic Dance Music and Hip Hop features Jr. Gong chanting “The Prophet tell you say not to provoke the youth them to wrath. Deal wid di youths dem right or else a riot goin start.” Words that depict the basic message of the single. It also features the artistes going back and forth in the verses to give the song a dynamic yet cohesive effect.

DJ Nicco is also pleased with the single. “Riot is a great song. I think Sean and Damian work well together and I hope they collaborate and do an albumof the sort because the difference in vocals and DJ patterns is perfect. I think this is what is missing in dancehall right now, unity and making everything work. Sean and Damian are two greats getting even greater,” Nicco stated.

Riot is the third single released from Sean Paul’s yet to be titled sixth studioalbum. The single follows, Other Side of Love and Entertainment featuring2Chainz and Juicy J. The former has been making chart progress and made its debut in the #3 spot on the Germany Top 100 charts. It has also gained top ten chart positions in Switzerland and the UK.

For the original report go to http://urbanislandz.com/2013/09/09/sean-paul-and-damian-marley-create-a-riot-audio/