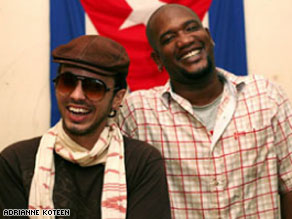 The Cuban government says rappers and other artists targeted by a clandestine U-S program were “victims.”

Responding to an Associated Press investigation, Havana says the artists were unknowingly swept into an effort to spark an anti-government youth movement.

The U-S Agency for International Development program drew in rappers Los Aldeanos and other Cuban musicians.

The hip-hop operation was conceived by one of the group’s largest contractors, Creative Associates International, using a team of Serbian music promoters.