Opportunities for Heritage Tourism in Jamaica

Senate Approves Bill for CMI to Become a University 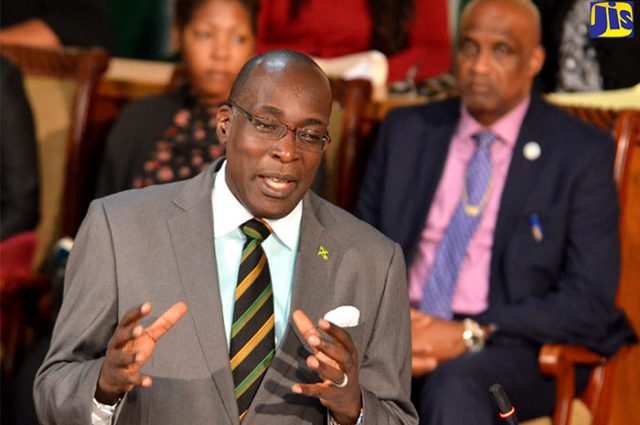 The Caribbean Maritime Institute (CMI) will now gain university status, following the passage of legislation in both Houses of Parliament to effect this.

It will repeal the Caribbean Maritime Institute Act, under which the institution operates.

In piloting the legislation, Minister of Education Youth and Information, Senator the Hon. Ruel Reid said the move is integral in expanding the university spaces being offered to students locally.

He said the Bill represents an opportunity for the CMI to present itself as a niche market university to attract greater numbers of foreign students.

Senator Reid further explained that the Bill will facilitate access to international grant funding which is more available for universities, especially funding from the European Union and other global funding agencies.

“It even provides the opportunity to present the sector for investment on the Jamaica Stock Exchange. This would provide greater relief for the government of the higher education sector becoming more self-sustainable and globally competitive,” he said.

The Education Minister said all programmes offered by the CMI are structured around the maritime industry.

He further said 80 per cent of the teaching/support personnel is drawn from the industry; while over 50 per cent of the Members of the Board of Directors are from organizations within the shipping industry.

Meanwhile, Senator Reid said the expansion of the CMI will enable the Institution to further contribute to national growth and development by facilitating training and certification for personnel to be employed within organizations engaged in the Jamaica Logistics Hub and the Special Economic Zones.

He added that the CMI plays the role of key facilitator in Jamaica’s intermodal transport systems, through the provision of training in maintenance, administration and support for companies, agencies and organizations in air, land and sea sectors.

For his part, Government Senator Don Wehby said the institution’s new status will create an opportunity to export higher education to earn foreign exchange for the country.

He said there is a current shortfall of professionals in the industry and urged young people to explore this career path and other emerging careers.

Leader of Opposition Business, Mark Golding said the move will enable the CMI to continue to grow from strength to strength and remain an institution of high repute.

In giving her support to the Bill, Opposition Senator Angela Brown Burke urged the institution to continue to engage in research in a collaborative way which will redound to the benefit of the country.

The CMU Bill was passed in the Lower House of Parliament on January 24, 2017.

The CMI is the only international entity approved for maritime training in Jamaica. The institute has expanded its scope of programmes over the years to include degrees at the undergraduate, postgraduate and doctoral levels.

The institute has gained national, regional and international recognition by the Chartered Institute of Logistics and Transport of the United Kingdom, the International Maritime Organization, CARICOM, and the World Maritime University.