Children to Get National ID card at Age Six 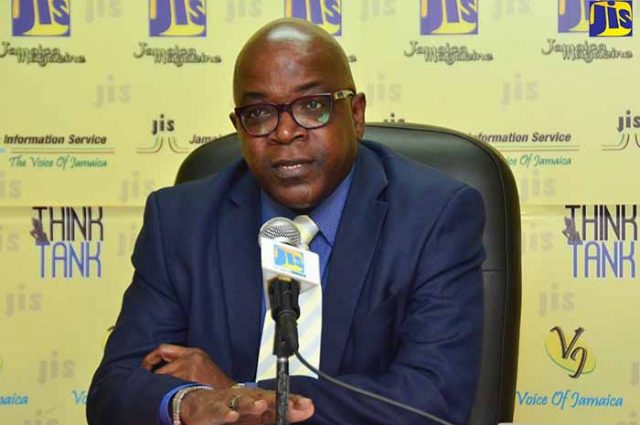 Deputy Financial Secretary, Strategic Human Resource Management at the Ministry of Finance and the Public Service, Wayne Jones, speaks at a JIS ‘Think Tank’, at the Ministry’s head office on February 7.

Addressing a Jamaica Information Service (JIS) ‘Think Tank’ on February 7, Mr. Jones said while the programme, being implemented through the Public Sector Transformation Implementation Unit of the Ministry, is a wage bill management strategy, it is also expected to improve efficiency in the sector.

“That efficiency is not just about bringing down the cost of employment, but also ensuring that the service we deliver is improved, because if we make savings on the wage bill, but the service to the citizens of Jamaica is undermined, then we would not have been successful in public-sector transformation,” he said.

The SERP is a voluntary separation initiative that allows public-sector employees, aged 50 to 59, under the non-contributory government pension scheme to take up early retirement through an incentivised package. It was opened on January 2 and will close on February 16.

Mr. Jones said while SERP provides an opportunity for employees to choose to make the transition into whatever vocation they desire, the Government, in reducing the wage bill, will be able to continue on the path of economic development, allowing for public funding to be redirected to critical areas such as social services.

“At the end of the day, improved public service delivery is the target, and we believe that this is another way of achieving that as well as achieving personal economic and professional success by those public officers,” he said.