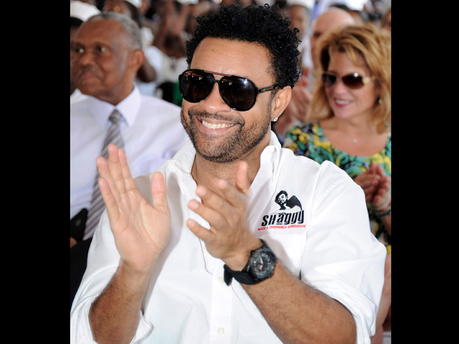 According to the diamond-selling, Grammy-award winner, Tessanne Chin is number one.

Tessanne, who was leading the pack of contestants with her sales on iTunes yesterday and eventually won ‘The Voice’, was a back up singer for Jimmy Cliff during her formative years as a vocalist and later sought to embark on a career as a solo artiste, in the process releasing one solo album.

However, the singer, who never had that huge international breakthrough, decided to enter ‘The Voice’, largely based on the advice of Shaggy, one of her mentors in the music industry.

According to Shaggy, he encouraged Tessanne to enter the competition because he recognised her talent as being special.

“Just knowing her talent, and I knew she had what it took to compete on an international circuit on this type of programme. From vocal talent to personality, she’s a winner, and I am proud,” Shaggy told The Gleaner.

Shaggy also said he knew Tessanne would be a force to be reckoned with on the show, and pointed to Jackie Lee as Chin’s only competition, mostly because of her youth.

“I remember going to her and telling her that I think ‘The Voice’ would be the best opportunity for her, and I think that she had everything that was needed for the show. First of all, you have a Chinese girl open her mouth and speak raw Jamaican, and she has an amazing voice. That alone makes for great television, so I knew that the producers would have been in love with her,” Shaggy told Irie Fm in an interview.

The Strength of A Woman singer also said Tessanne improved as a vocalist due to the training she received from the professional assistance of vocal coaches associated with ‘The Voice’.

Shaggy recently released a new album called Out Of Many One Music, and is currently promoting the lead single, You Girl, which is a collaboration with R&B singer and songwriter, Neyo. The artiste, who was recently honoured by Food For The Poor for his contribution to charity, is also gearing up to host his charity show, Shaggy and Friends, on January 4, 2014 at Jamaica House.

Next year’s show will feature a performance from Tessanne Chin.

For the original report go to http://jamaica-gleaner.com/gleaner/20131218/ent/ent5.html