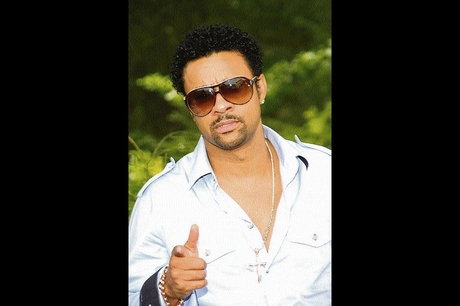 Ranch Entertainment announced the release of Shaggy’s 12th album yesterday. The album, titled Out of Many, One Music, produced by legendary Jamaican duo Sly & Robbie and Sting International, co-produced by Lenky Marsden, became available on iTunes and in music stores in the Caribbean. Shaggy, who appeared yesterday morning on one of New York’s popular news morning shows, Pix 11, is set for a jam-packed week of promotions.

Shaggy will be hard-pressed to top achievements of the past – the artiste having two multiplatinum albums, eight No. 1 hits, 12 top-10 singles worldwide, a diamond-selling album and a Grammy for best reggaealbum.

However, reviews from elite members of the press and media have indicated that Out of Many, One Music is special.

The album, according to those who have heard it early, puts Shaggy in a class of his own and shows the authenticity and creativity he is well known for.

The vibe of the album was inspired by the deep grooves of pioneeringroots reggae band Black Uhuru, to which Shaggy added his flavour.

Shaggy was to have celebrated the release of the album last night with friends, members of the press and media and to a sold-out crowd at the beautiful and trendy Milk River in Brooklyn, New York.

Shaggy will continue promotions on the east coast as he heads to Hartford, Fox CT and several morning shows before coming to Jamaica for his album release party on Sunday.

The 13-track album includes collaborations with many of the industry’s legends and up-and-coming reggae and dancehall sensations.

Shaggy has consistently said Out of Many, One Music is not a new Shaggy album but a collaboration between him and legendary Jamaican rhythm duo Sly & Robbie.

“I’ve been criticised for years for not being authentic because of my pop success … People say I’m not this … I’m not that … Now I’m doing a reggae album with the masters, and people are saying it’s a game-changer. The first two singles have already proven that to some extent,” said Shaggy.

Shaggy’s ‘Out of Many, One Music’ hits the world

For the original Report go to http://jamaica-gleaner.com/gleaner/20130925/ent/ent2.html