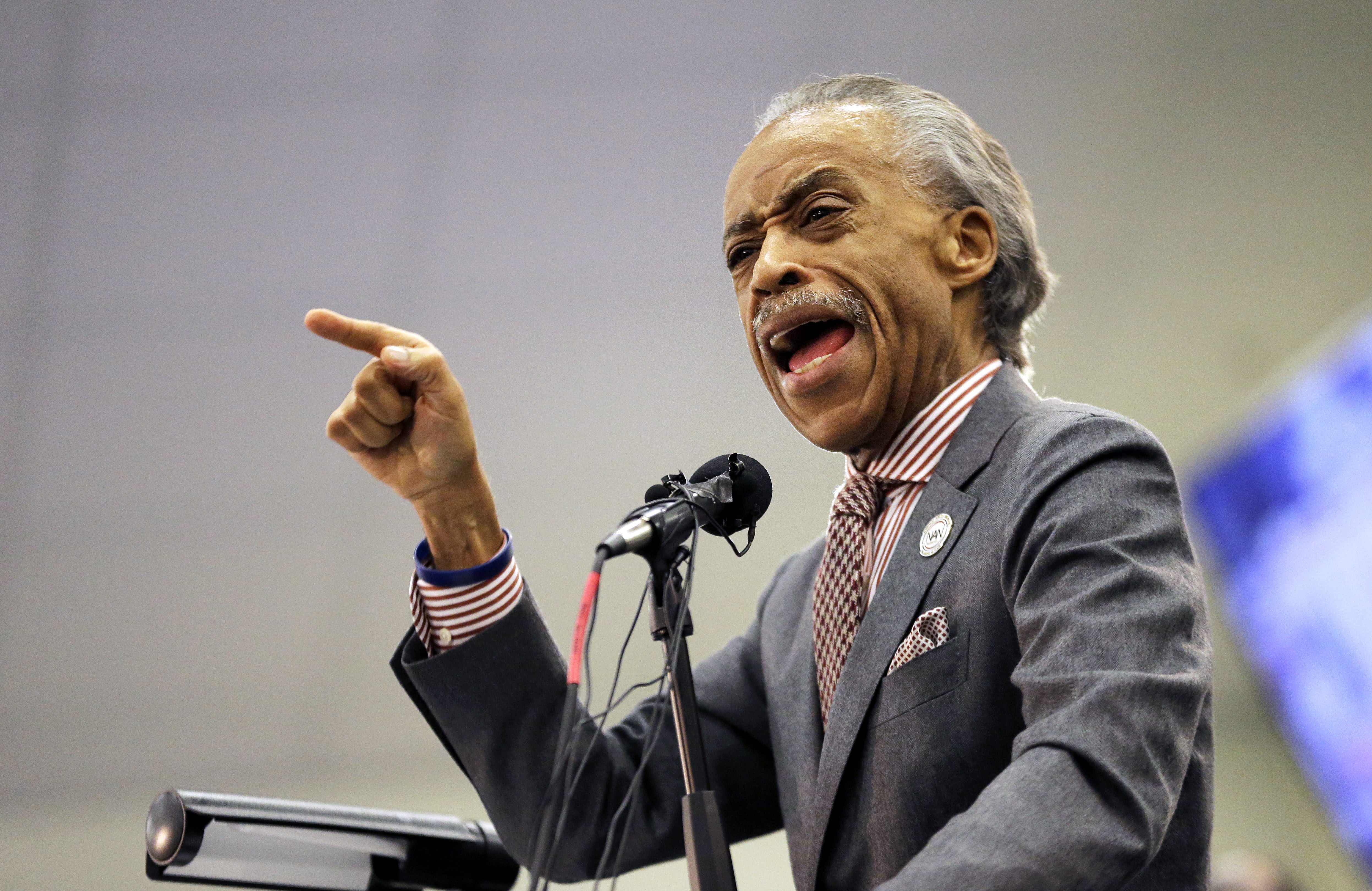 NORTH CHARLESTON, S.C. _ The Rev. Al Sharpton thanked the mayor and police chief in North Charleston on Sunday for their response to the fatal shooting of Walter Scott.

Sharpton gave the sermon at Charity Missionary Baptist Church, where Mayor Keith Summey and Police Chief Eddie Driggers were among those in the congregation. Later, he led a vigil for a small crowd in the grassy, fenced-in area where Scott, 50, was fatally shot after fleeing a traffic stop April 4.

Then-officer Michael Slager initially said Scott was shot after a tussle over his Taser, but witness video later surfaced showing Scott being shot as he ran away. Slager was fired and has been charged with murder.

Scott’s death was criticized as another police shooting of an unarmed black man by a white officer under questionable circumstances. In Sharpton’s commendation of the city’s response, he said the mayor and police chief’s swift action could set the tone for handling future questions of police misconduct across the country.

Despite the city’s response and Sharpton’s praise, there’s still a lingering sense of skepticism about whether Scott’s death would have been thoroughly investigated without the witness video.

“The mayor and the chief, they did what they had to do because none of us are blind,” Keith White, 60, of North Charleston, said before the church service. “Everyone saw the video and they did what they were forced to do once that video became public.”

The response by city officials and the local community hasn’t been similar to that of Ferguson, Missouri, where protests after the fatal shooting of Michael Brown and a grand jury’s decision not to indict the officer who shot him turned violent and exposed striking social rifts between black and white residents in the area.

Some North Charleston residents have said they suspect abuse of power and public trust among law enforcement as issues that may have played a more pivotal role than race in Scott’s death.

“It’s not about the colour of your skin, it’s about social justice. When we all practice social justice we’re all free,” said Mattese Lecque, a North Charleston resident who heard Sharpton preach Sunday. “Sometimes it takes disaster to bring about change, and that’s what’s happening now.”

Before concluding his sermon, Sharpton mentioned that South Carolina is an important state in the upcoming presidential race. He charged the congregation with pressing candidates about their stances on community policing.

“Don’t let anybody run for president and come through South Carolina without addressing what they would do as president of the United States about police accountability,” Sharpton said.

“Don’t let them come through here and eat some sweet potato pie and sing with the choir and then get your vote on the cheap. Make them stand up and discuss your issues.”