The Royal Caribbean Adventure of the Seas 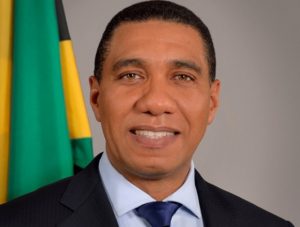 The awaited arrival on May 19, of 1044 Jamaicans who are among crew members on The Royal Caribbean Adventure of the Seas, has finally docked on the North Coast of Jamaica. The crew and passengers are yet to disembarked as there are arrangements including immigration clearance being finalized. Other crew, who are non Jamaican workers are on the ship.

“We welcome you home and the government is doing all to make you safe. You must obey protocols and stay home as directed”.  Stated a strident but thoughtful looking PM.

These, as you know are not ordinary times. COVID-19 is the big unknown factor. These crew members although Jamaican Nationals have to be tested and quarantined in accordance with protocols negotiated and agreed. The limit of the spread of the deadly Covid-19 virus is a

reality. You cannot see this virus so tests have to be done on each crew member returning. This disease is highly contagious and has the potential to be deadly. So far 9 have died in Jamaica from Covid-19. Yesterday Jamaica recorded two consecutive days with no confirmed cases. 155 were tested, with 520 confirmed to date.  145 have recovered (a record of 14 yesterday) none critically ill.

“There was a medical emergency on board the ship and this delayed the landing protocol.”

He was speaking to the media at dockside in Falmouth, Trelawny. 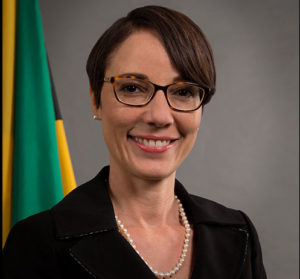 Minister of Foreign Affairs and Foreign Trade and Leader of Government Business in the Senate, Senator the Hon. Kamina Johnson Smith

The Opposition has been giving the impression that the Holness led JLP government are reluctant to welcome these returning Jamaicans. This could not be any further from the truth. They are using the issue to embarrass and possibly score political mileage. Good for them.

Dr. Tufton said: “They will stay on deck and a phased landing has been agreed. 200 every 24 to 48 hours until all have been tested and results known. The Bahia Principe’ Hotel has been contracted to house then in St. Ann.” Tufton was speaking at a virtual press conference monitored by Vision Newspaper.

Foreign Minister Senator Kamina Johnson Smith, a lawyer herself has said “We welcome these Returnees as there is a Controlled Entry Programme … about 200 of which 20 are from Canada have since arrived” She was speaking on CVM TV last night in a panel discussion.

This re entry scheme of which 1044 now awaiting landing in Falmouth, Jamaica, will cost the government an estimated 27 million Jamaican dollars.