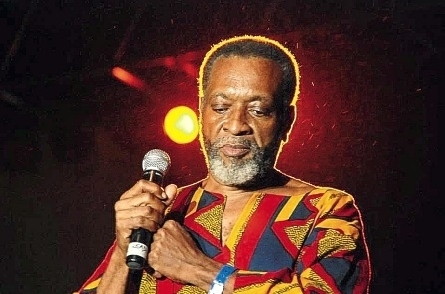 JUNIOR Murvin, the singer who made an international mark in 1976 with the hit song Police and Thieves, died yesterday at Port Antonio Hospital in Portland. He was 67 years old.

His son, Kevin Smith, told the Jamaica Observer that his father was admitted to hospital last Thursday. Murvin had suffered from diabetes and hypertension, but a post-mortem will be done to determine the cause of death.

Murvin was born Murvin Smith in Port Antonio. He started his career there in the mid-1960s as a singer on the hotel scene before heading to Kingston where he recorded for producers including Derrick Harriott and Sonia Pottinger.

In a 2000 interview with the Observer, Murvin said he returned to Port Antonio after failing to get a hit song. He was back in the capital in 1975, hanging around producer Lee ‘Scratch’ Perry’s Black Ark studio in Duhaney Park.

Perry was responsible for some of roots-reggae’s most inspired work, including Small Axe and Duppy Conqueror by the Wailers and Curly Locks by singer Junior Byles. He produced Police and Thieves which entered the British national chart in 1976.

The song’s lyrics appealed to the emerging punk movement in Britain and was an anthem at the 1977 Notting Hill Carnival in England. It was so popular that police in the country banned it from radio, claiming the song incited violence among rebellious youth.

Police and Thieves was covered by punk group The Clash in 1977. Twenty-one years later, Boy George of Culture Club fame put his spin on the track, his version also entering the national chart.

Junior Murvin never duplicated the success of Police and Thieves, though he had a solid hit for producer Joe Gibbs with Cool Out Son in 1979. He is survived by five children and eight grandchildren.

For the original report go to http://www.jamaicaobserver.com/entertainment/Singer-Junior-Murvin-is-dead_15565476