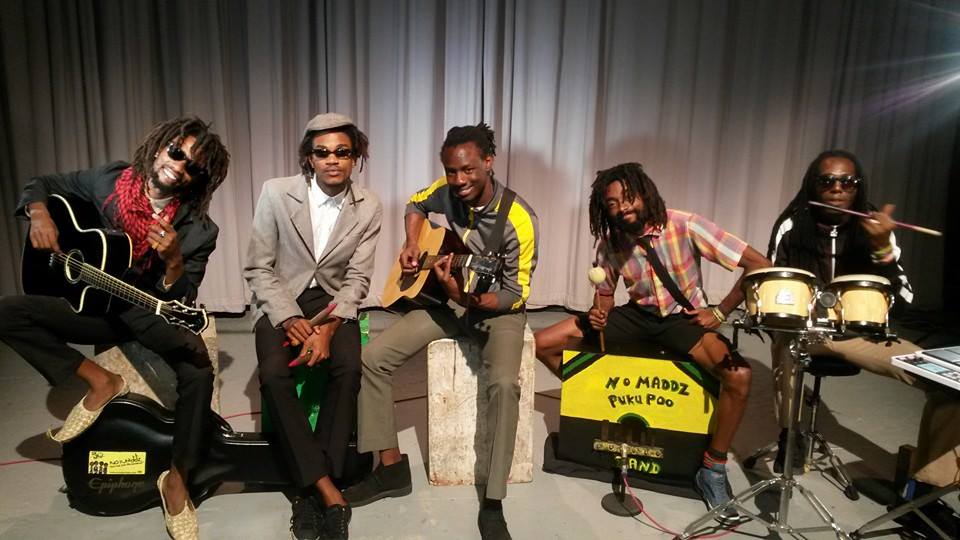 They have been on the musical scene for quite some time and now, the dynamic quartet, No-Maddz, has teamed up with the legendary duo of Sly and Robbie on their latest album.

Tentatively scheduled for a 2015 release, the 12-track compilation, aptly titled Sly and Robbie Presents No-Maddz, is sure to excite avid ‘live-hearted’ fans of the group.

“The whole Sly and Robbie (collaboration) came about because we were supposed to be doing some work with Chris Blackwell, but it was not moving at the pace we wanted, so we decided to get some produced tracks. June Heslop, brought me on to Sly and I did an audition for him without the knowledge of the other group members. He liked the audition and said that he loved No-Maddz, and I went back to the guys, and the rest is pretty much history,” Oneil Peart told The Gleaner.

Known for their dub-poetry flow, Sheldon Shepherd highlighted that the vibe of this new album is similar to the work that No-Maddz has been doing over the years.

“The difference is, Sly and Robbie have the hardcore reggae drum and bass sound. Initially, we were using our dub-poetry sound, which is similar to the dancehall and reggae drum and bass patterns. What he did was to produce the drum and the bass around the parent material. To me, it’s really an addition, and when you add something to something, it’s gonna reflect differently. I don’t think it’s a new sound. It’s just an addition to make it evolve into what it is now.”

Peart echoed this sentiment, adding that this time around, fans would be hearing the group sing more.

“… more harmonies with this album, which people from Jamaica aren’t used to. We haven’t changed, we’ve been singing songs from about 2010. All that has happened is that the sound has been more refined and there is more singing than people are used to. But there is still the poetry element, still the surprise element. There’s still the quirkiness as people have labelled us. The album is definitely gonna come as a surprise,” Peart added.

Group members also announced that they are looking forward to doing a tour of Jamaica to market the album.

“Jamaica is always a target audience and market for us. It’s a given that your own will support you. We are presenting something for them to patronise. Before that, we packaged stuff, but we never really packaged it and put it out for them to buy. It was more about the craft. Jamaica is a springboard. It’s the most dynamic culture in the world. We are known as the coolest place in the world, so the bingo band is known as the coolest band in the world,” Shepherd said.

But music is not their focus. The group had been working with Eve for Life, a non-governmental organisation that supports women and children living with HIV.

No-Maddz recently released their Getting To Zero video, which they hope will also highlight the issues faced by those affected with the virus.

“We are also very focused on doing philanthropic work. The Getting To Zero video was released on World Aids Day, and we also have a campaign called ‘Nuh Go Deh’, which is about putting a stop to relationships between adult males and underage girls. All the royalties from this song and campaign are split 50/50 with Eve For Life,” Shepherd said.

Having conquered music and theatre, the group is now branching out into the literary arts field. Shepherd recently released a book titled In The Morning Yah, and the group will also be hosting an islandwide school tour of the book to sensitise youth to dub poetry.

Fans of the group can catch them in action on December 20 at the ‘Live From Kingston’ event.