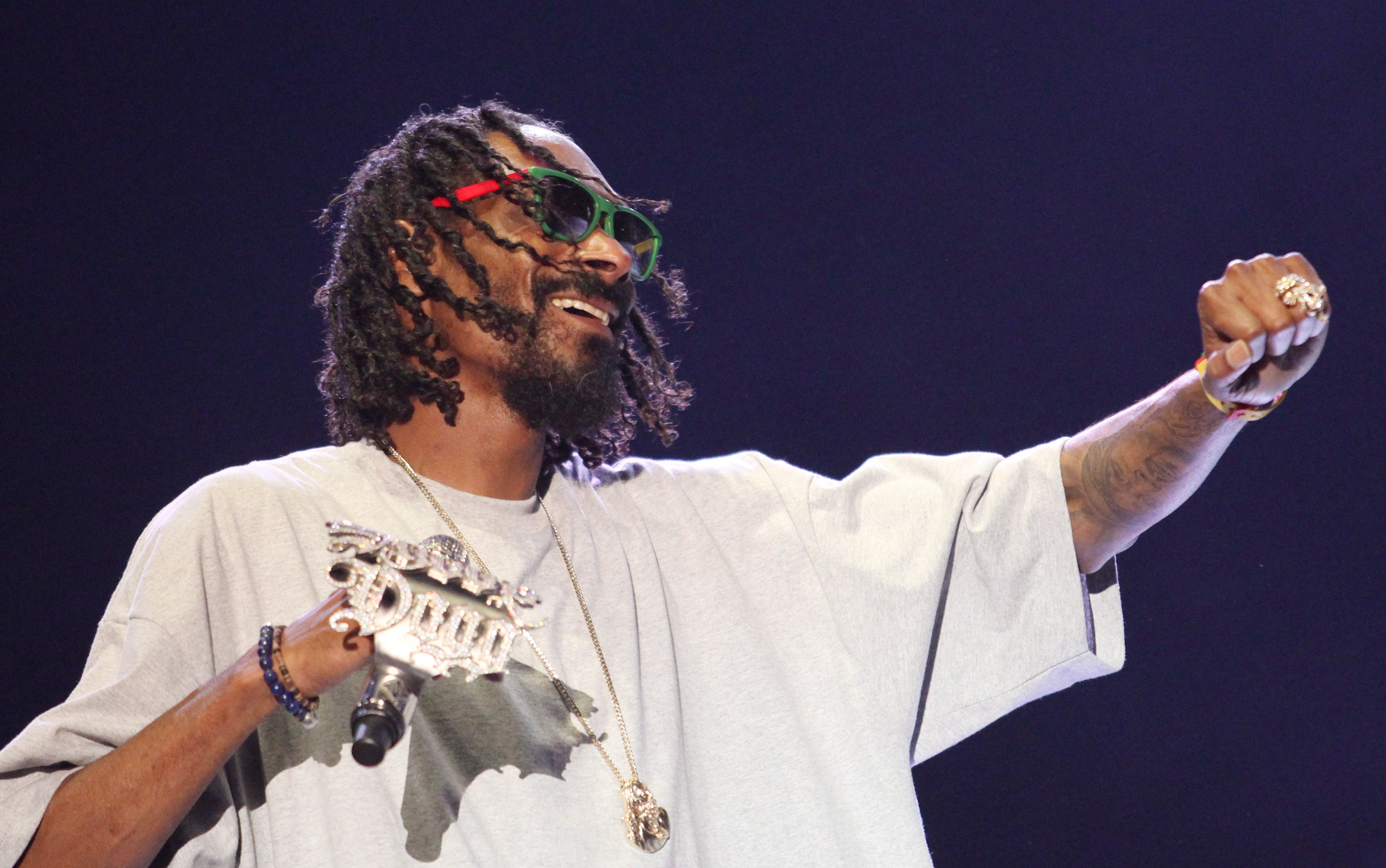 AUSTIN, Texas _ Snoop Dogg has cleaned up his image from gangster rapper to multi-format entertainer, but he’s looking to the past in a new series he’s developing for HBO.

Snoop announced Friday _ when he was giving the keynote address at South by Southwest _ that he’s working with Allen Hughes on the show about 1980s Los Angeles.

“HBO is the number one network in the world as far as developing and having these types of shows come to life,” he said. “This is a dream come true to be able to tell a story that’s going to be told the right way on the right network.”

In a wide-ranging interview Friday with his manager Ted Chung in Austin, Texas, 43-year-old Snoop discussed topics from getting high with Willie Nelson to meeting Dr. Dre.

BEING BAKED AND EATING FRIED CHICKEN

The chicken was fried, but Snoop and Willie Nelson were baked.

Snoop and Nelson collaborated on the song “My Medicine” and he said “it was love at first sight.”

Snoop went to Amsterdam, where Nelson was on tour, and worked on the track. After smoking so much marijuana, they decided to get food.

“They give us the bucket of chicken, we open it up, boom, and me and Willie stuck our hands in at the same time and we grabbed the same piece of chicken,” he said, as the audience laughed again. “And I look at Willie, I was like, ‘That’s you dog, my bad.’

“That was one of the greatest moments in my life.”

WHO NEEDS A GRAMMY?

Though Snoop has had platinum-plus albums and hit songs, he’s never won a Grammy.

But he says he’s not worried about winning awards, thanks to his youth football league. He said he’s proud he has been able to send young men to Division I schools to play sports and gain an education.

“That’s better than a Grammy right there,” he said.

He also said his proudest moment was seeing his son, who earned a football scholarship to UCLA, go to college.

“He’s first person in my family to actually go to college, so how do you think I feel?” he asked.

Snoop admits he hung up on Dr. Dre when the rapper-producer reached out to him.

Snoop said Dre heard some of his music at a party and then called the young rapper to collaborate.

“Dr. Dre was like, ‘Who was that rapping?” he recalled. “From that day he called me and I didn’t believe it, I was like, ‘Man, quit playing.’ I hung up on him.”

Dre called Snoop back and they went on to produce rap classics, from “Gin and Juice” to “What’s My Name?”

“It was like magic,” Snoop said. “We built a bond. It was a brotherhood.”

Snoop said when he burst on the music scene, he had many enemies.

“They went to Congress, Dionne Warwick and a bunch of people had my record on display talking about, ‘He’s the worst thing in the world,’ and they were really out to get me,” he recalled.

“And I had to get past that because you have to understand, a lot of these people I looked up to as kids and they were hating on me and didn’t know me.”

Snoop said he didn’t let the backlash derail him and his mission as an artist.