Perspective: Should Canadians cut ties to the Monarch Once the Queen Dies

So you got a Grammy Nomination? Now What? 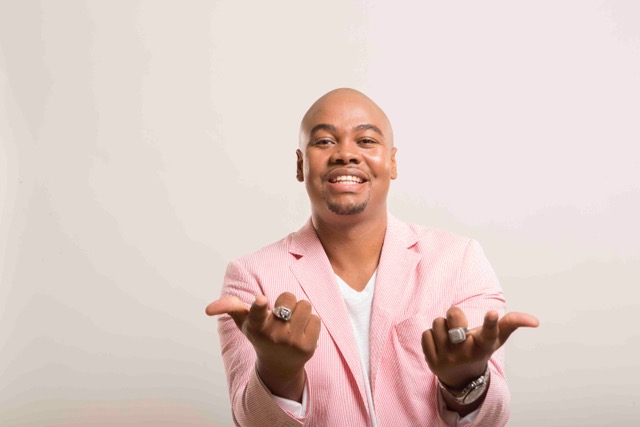 Now that you have been nominated for a grammy, and the anxiety and euphoria of being nominated for music’s biggest accolade subsided with the holiday festivities, how do you ensure that you give yourself a fair shot at winning in your category or categories? If you are already sure of your grammy win because of your well-established brand and name in music, then, by all means, go focus on your winning speech, this article is not for you. This article is for the change makers, unlikely disruptors, independent artists and grammy hopefuls. It is also for those curious about the process of the Grammy nominations and awards.

Each year there are over 20,000 submissions. The voting process according to the Grammys official website consist of 5 stages and your chances remain higher to win a grammy if you submit in a non-crowded category. Some Grammy experts also suggest that you name your album, song or band name with a letter at the beginning of the alphabet.

The first and most obvious step in the Grammy’s process is the Submission stage then the Screening, where “experts” in various fields receive each Grammy submission to make sure that it is eligible, meets the qualifications and that it is placed in the proper category. Then the record is nominated by voting members in a first-round ballot stage, making up to five selections in each category. (This year there were six in the best reggae album category) then to the final voting round. In this round, an accounting firm, tabulates the votes. The final round includes the big reveal of the results which remains unknown until the Grammy Awards presentation, at which time the accounting firm unveils the winners’ names in sealed envelopes.

Whether you win or not, getting nominated should become a great PR tool for you to use for greater gain and networking among fellow Grammy level musicians. You should milk all the PR you can in the lead up to the awards and if you haven’t as yet, ensure that you and your team go through the frustrating process of registering as a voting member.
The process to become a Grammy voter is not so simple especially for a non-US resident like most US based competitions. However, all Grammy voting members must have creative or technical credits on at least six commercially released tracks on a physical music release whether cassette, vinyl or CD or 12 credits on digital releases. Voting members must also be in good standing with their dues.

Being a voting member or an associate of the Recording Academy offers tremendous networking opportunities from parties to conferences and private events.
Even if you do not meet the requirements you may still apply at the recommendation of two eligible members of the Recording Academy.
billboard.com stated recently that only 12,000 of the Academy’s total 21,000 members are eligible to cast ballots. Make your mission clear, you do not want to spend time lobbying the non-eligible members so be sure to ask the right questions.

You do not need to use Grammy controversy as a marketing campaign. Promote your music and your culture. Let it be clear in your musical head that internationally, the Grammys represent the zenith of music’s achievement. It is still an important achievement for any music industry or spoken word professional. The Grammy nomination process as much as the organizers may try to be inclusive, simply cannot accommodate everyone. So stay away from Grammy detractors especially after you have been nominated or intend to be nominated in the future. If you have already been nominated, the PR surrounding your nomination should be narrated by you regardless of the noise. So go on a grammy nomination campaign. Be sure to thank the Grammy voters every chance you get publicly. This is the era of social media, and one powerful moment in an interview about the Grammys may be enough to shoot your votes above your competitors who are “sure” they will win, because of traditional alliances they may decide not to campaign. As an independent artist, you are at a great disadvantage whenever you are nominated in a category that also has an artist from a major label or an artist with a bigger name than you. However be not dismayed, this is 2017.

The grammys365.com website that has always been a go-to platform for voters to discuss matters surrounding the grammy nominations have been sitting on the back burner for the past three years. You have to be a registered Recording Academy Grammy voter to access the voter login on the Grammy’s website, but due to the ease of social media there has been a seismic shift in where the dialogue is taking place. Many Grammy voters are finding Social Media a much more friendly place to have lively discussions. This has provided an inlay for independent artists and Grammy associates who are not registered voters and are unable to access the Grammy’s more private and incapable website to join in the conversation. The Facebook Grammy groups are lively and often influence how voters eventually vote. There are now way more voters than when the Awards started in 1959 and as a result, the academy’s annual listening parties have become much more challenging for the voters. This presents higher odds for you- the underdog Grammy nominee, so your immediate task is to join the conversation and make friends indirectly by having something to say, something to show and something to solve in these Facebook groups. Whatever you do, please do not overshare your mixtape or music in the Facebook groups if you or your management team get an invite to any of these groups. A popular one is The G-Party

The best way to get your music in the hands of the Grammy voters in the first and second round is to send a physical CD or an introductory press-care package with your music on a hard drive, iTunes download card or any other creative means to the voter’s work address. When it comes to securing the Grammy-winning title there is much power in the personal pitch. Many Grammy voters are radio DJs, program directors, music producers, A&Rs, executive producers and the Record label in betweens. They are listed in the google directory, many are on Facebook and may be found on the Grammy365 website. You can send them personal courtesy reminder using various platforms.

The Grammy Awards process may not be the most perfect but it is currently the best place for an indie artist as well as established artist to use their nominations as a vehicle for showcasing their current and future art to a wider audience. Go for it, you have nothing to lose and everything to win.

Donovan Watkis is an Artist Manager, Executive Producer Author and Cultural Artige’.
You may email repossess to jrwatkis@gmail.com