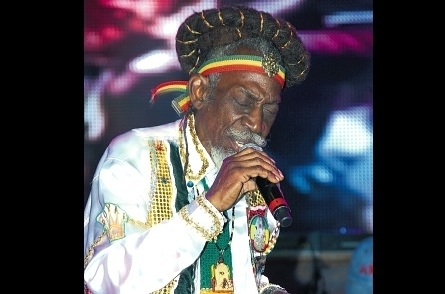 IT has been 50 years since Bunny Wailer recorded his first song. In a storied career, he has had hit songs in every genre of Jamaican popular music.

Reincarnated Souls, a multi-track set distributed by Tads Record, is his latest production. It contains three compact discs with 50 songs as well as a double DVD titled The Trench Town Experience, which looks at the history of the Kingston community where Wailer’s career started.

The set, he told the Jamaica Observer recently, is a salute to the evolution of Jamaica’s popular music.

“Is 50 years since the birth of ska an’ a lotta the people dem wha’ play dem music nuh dey roun’ again. Man like me wey did dey roun’ haffi keep the thing alive,” said Wailer.

Most of the songs on Reincarnated Souls, including Burn Down Babylon, Easy Rude Boy and Rebel, were written by the 66-year-old Wailer. He also puts his spin on John Holt’s A Love I Can Feel, Push Wood originally done by Barbadian singer Jackie Opel, and the Tom Jones classic What’s New Pussycat.

Along with Bob Marley and Peter Tosh, Bunny Wailer was an original member of the Wailers, which formed in Trench Town in late-1963. The following year, they recorded Simmer Down, one of several ska hits for the group.

The Wailers also thrived in the rock steady era of the late-1960s, and recorded a number of classic reggae sides for producer Lee ‘Scratch’ Perry before signing with Island Records in the early 1970s.

The trio split in late-1973 for solo careers with Wailer recording seminal albums such as Black Heart Man and Protest, released by Island in 1976 and 1977, respectively.

For the original report go to http://www.jamaicaobserver.com/entertainment/SOULFUL-WAILER—Bunny-s-tribute-to-the-pioneers_15722089