Agricultural Assistant Programme To Be Launched In March 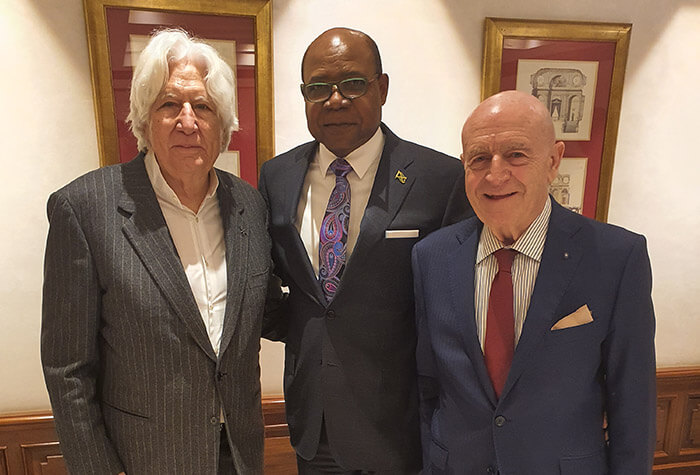 Minister of Tourism, Hon. Edmund Bartlett, says the positive reaction to the Government’s Tourism Workers’ Pension Scheme by Spanish hotel interests is “a major step” in the right direction.

He was responding to comments by some of the major Spanish hotel players praising the Government for taking a proactive step towards the implementation of the scheme and for looking out for the welfare of the industry’s most important asset – the worker.

Mr. Bartlett, who is currently in Spain participating in FITUR, the largest International Tourism Trade Fair for inbound and outbound Ibero-American markets, also noted that the “buy-in from the group” is particularly significant, considering its growing influence and massive investment in Jamaica’s tourism industry.

“Our Spanish hotel partners have been making significant investments in Jamaica over the years, where they are now responsible for 25 per cent of the overall room stock,” Mr. Bartlett told JIS News.

“Over time, they have pumped approximately US$1.7 billion or J$238 billion into the Jamaican economy. And that’s not all. A further US$750 million or J$105 billion in investments, representing an additional 3,000 rooms, is already in motion with the continued development of the new Spanish-owned H10 resort in Trelawny and the planned development of the island’s largest resort by Princess Resorts in Hanover,” he said.

The Minister further noted that the powerful endorsement could not have come at a better time, adding that it sends a signal to tourism workers that their contributions to the sector have not gone unnoticed and that there is something to be had once they reach the age of retirement.

Mr. Bartlett said he considers the Tourism Workers’ Pension Scheme as one of the single biggest pieces of legislation in the nation’s history, arguing that tourism has been the lifeblood of the economy for many years, achieving many firsts, and continues to be the one sector that consistently demonstrates a high level of profitability and dependability.

The Minister pointed out that the Scheme will be run and managed with the highest level of accountability and transparency, noting that it will fall under the wings of a Board of Trustees, which is currently in the process of procuring an Investment Manager and an Administrator to manage investments and operations. The Scheme, he added, is also tax-exempted and regulated by the Financial Services Commission (FSC).

“As soon as the Fund Manager has been appointed, J$250 million will be disbursed to seed the fund from the Tourism Enhancement Fund, so that if workers who have contributed for only five years reach their retirement age of 65, they will get the same pension as if they contributed for 25 or 30 years,” Mr. Bartlett further pointed out.

The Ministry of Tourism has been carrying out pension sensitisation sessions across the island to update workers on the next steps of the pension scheme.

The Tourism Workers’ Pension Scheme is designed to cover all workers aged 18 to 59 years in the tourism sector, whether permanent, on contract or self-employed. This includes hotel workers as well as persons employed in related industries, such as craft vendors, tour operators, red cap porters, contract carriage operators and workers at attractions.