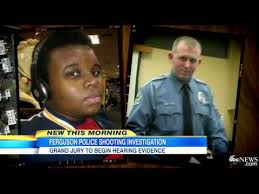 ST. LOUIS _ A judge has extended the term of the grand jury considering whether a white suburban St. Louis police officer should be charged in the shooting death of a black 18-year-old.

As expected, the grand jury investigation into the death of Michael Brown in Ferguson has gone past the panel’s four-month term, which was to expire on Sept. 10. St. Louis County Circuit Judge Carolyn Whittington that day granted an extension until January _ the longest allowed by Missouri law.

The extension does not mean the grand jury will meet until January but “just gives them that window,” said St. Louis County Court Administrator Paul Fox. He noted grand jury is focused strictly on the shooting death of Brown by Darren Wilson and is not considering any other cases.

Prosecutor Bob McCulloch has said previously that the investigation is expected to last into mid-October. A spokesman for McCullough was out of the office this week and didn’t respond to calls from The Associated Press seeking an update on the status of the investigation.

The shooting led to protests and significant unrest in Ferguson and has spurred a national discussion about police treatment of African-Americans. In addition to the grand jury investigation, the Justice Department is conducting separate investigations.

Wilson remains on paid administrative leave pending the investigations. The name of his attorney has not been made public.

McCulloch, who has been the county’s elected prosecutor for more than two decades, could have filed charges himself but chose to take the case to a grand jury. He has said he will present all evidence gathered and let the grand jury decide whether the use of lethal force was justified, rather than make a recommendation.

Critics called for McCulloch to either step aside or for Gov. Jay Nixon to appoint a special prosecutor, citing concerns about whether McCulloch could fairly oversee the case. McCulloch’s father was a police officer killed in the line of duty by a black assailant in the 1960s.

Protest leaders affiliated with the Rev. Al Sharpton, who delivered the eulogy at Brown’s funeral, planned to reiterate their calls for McCulloch’s withdrawal and Wilson’s arrest Tuesday night at the St. Louis County Council meeting in Clayton. A similar protest took place one week ago at the Ferguson City Council’s first meeting since Brown’s death.

“If we stop standing in support of this family, justice will not be served,” said Carlton Lee, the Brown family’s pastor. “We have to stay unified, we have to get the word out, we have to do what we have to do.”