Stacious: “There is more to my music than Tightest P.” 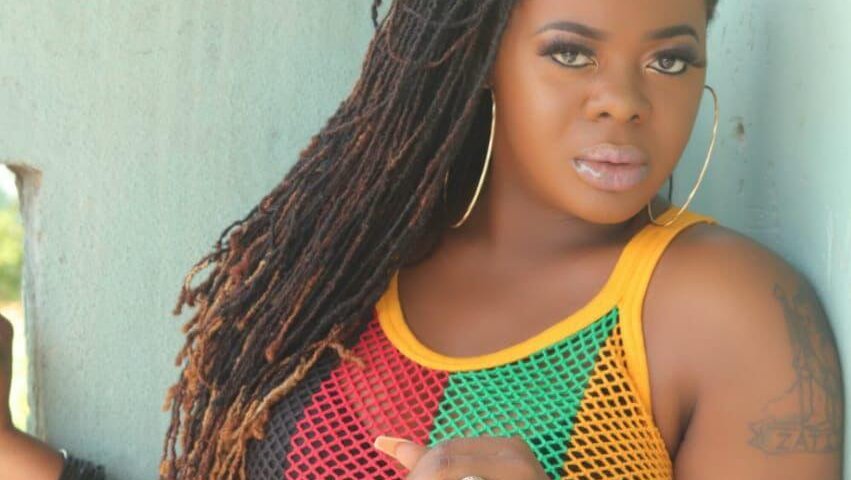 Dancehall sensation Stacious  who won last year’s Festival Song Competition with her entry, Jamaican Spirit, says there is more to her music than “Tightest P.”  This featured on Delly Ranx’s Crime Stop riddim is sexually referring  to females.

“Put it anyway you want to, but in the long run, it (Tightest P)) is just one of those songs which is going to give Stacious some buzz in the dancehall and on social media platforms.

“The producer, Delly Ranx, had a big part to play in that song. I got the riddim and didn’t know how to approach it. But, it’s fine.

“My concern is now centered around  our children. We need to protect them and let them grow up to be adults. They are abused physically and emotionally.”

“I recall doing a song and music video, “Can’t Stop  Me” – a Romeich Entertainment Project. This had  children singing part of the song because their voices must be heard in society. And, this should begin at an early stage, so they feel relevant. ”

Stacious says, only last year she released another song, “Dem Evil” ft. Queen Nikki. The song, which addresses the issue of crime and violence, is produced  by Boysie  Records.

“We all know the effects of domestic violence on children who, often-times receive severe injuries.

In addition, Stacìous has done, ” Come Into My Room a collaboration with . Mavado and Found Love with Gramps Morgan.

“I could sing so well that I made it on the school choir, and it did not surprise some people  when I won the Jamaica Festival Song Competition; they knew I had talent for the longest while.”