Statement by the Prime Minister on Black History Month 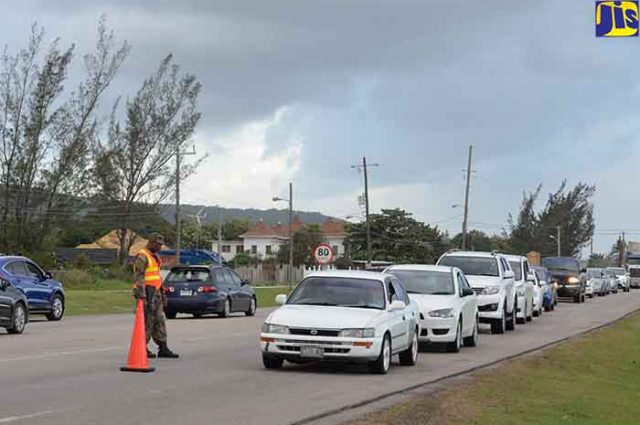 What are these regulations?

In a nutshell regulations are promulgated to accompany a Bill/Law passed in the Houses of Parliament.  Laws have been passed and cannot be enforced without the accompanying regulations.  These regulations are supposed to answer all questions. For example penalties to be handed out to violators, guidelines for breaches, fines and possibly sentencing. It is like a road map to an area or city.

A detainee speaking on behalf of a group of young men scooped up by the forces: “We were treated like criminals.” Law student detained under the State Of Emergency in Montego Bay, Ja. W.I. has stated.  “myself and a group of five were playing football, the security forces saw us and said we were disrespecting the State Of Emergency so they detained us … they treated us as if we were criminals ” The law student was speaking in an interview excerps of which were played on Thursday morning on radio FM 90.3, January 25, 2018 which was monitored by Vision’s SIC in Ja. W. I …. regarding his alleged treatment at the hands of the joint security forces in the theatre of operation in Montego Bay, Jamaica’s second city of some 160, 000 persons now under a State Of Emergency which is almost thirteen days old.

Continuing the detainee spokesman further alleges that “We were denied food … and some of us forced to sleep on the (concrete) floor” We have not been able to confirm these claims. What we can confirm is that PM Holness has directed the joint forces to be “respectful of detainees” and also stated on the record that “basic items like a bed should be provided”.

In Parliament Tuesday, January 30, the PM warned that actions taken by the forces even under the State Of Emergency is “subject to (judicial) review.” Holness was speaking in the debate to extend to May 2, 2018 for 90 days the current State Of Emergency. The PM commended the joint forces for their professional treatment of detainees in the theatre of operations. “We have not received any where complaints from citizens” Dr. Peter Philips said he and his team plan to visit Montego Bay where the State Of Emergency is taking place. The PM visited over the weekend past.  Holness said he spoke to detainees.

Hon. Parnell Charles and Hon. Olivia “Babsy” Grange were among many detained in the politically motivated 1976 State Of Emergency ordered by the PNP led Michael Manley government. PM Manley later apologized for the atrocity.

Hopeton O’Connor-Dennie is Senior International Correspondent & Photojournalist for Vision Newspaper Canada. He lived and worked in Montego Bay, so he knows the area