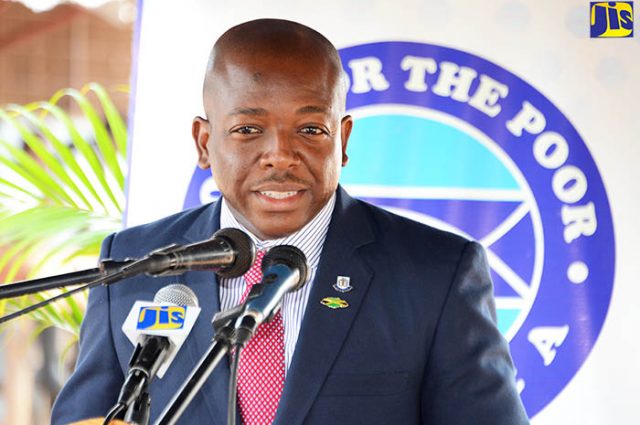 Photo: Minister of State in the Ministry of National Security, Senator the Hon. Pearnel Charles, Jr.

State Minister in the Ministry of National Security, Senator the Hon. Pearnel Charles Jr., says the Government’s emphasis on crime and corruption eradication is to create a safe environment and increase economic growth.

He said the Economic Growth Council has identified corruption as a “significant” retardant to growth, and has made crucial recommendations for the improvement of citizen security and safety.

Senator Charles, who was addressing the opening of the 3rd Annual Commonwealth Caribbean Association of Integrity Commissions and Anti-Corruption Bodies (CCAICACB) Conference in Kingston on April 24, said the establishment of several anti-corruption agencies in Jamaica “sends the right signal that we are moving in the right direction”.

“To be effective, addressing corruption cannot be only a Government initiative. It is not only about improving the standards of governance in the public sector, it is about putting additional resources into border protection and security,” the State Minister told the gathering.

Senator Charles said the strengthening of anti-corruption laws and institutions serves a “critical” role, but given the legislation that already exist in Jamaica and other countries, it is clear that legislation alone is not the answer.

“The behavioural and attitudinal patterns of all entities, as well as that of the individual citizen, must, as a matter of necessity, not support or condone corruption in any form. There must neither be a giver nor a receiver to facilitate corrupt transactions,” he told the audience.

The Minister, while lauding the work of the CCAICACB, said they have a pivotal role to play in the development, implementation, capacity building and monitoring of initiatives against corruption.

He suggested that all anti-corruption efforts must be looked at and best practices exchanged at the conference for the development of regional anti-corruption initiatives, so that public confidence in the systems can be boosted.

The CCAICACB was formed two years ago and has a membership of 11 countries. Some 60 participants are taking part in the four-day event.