STATEMENT BY THE MINISTER OF CULTURE, GENDER, ENTERTAINMENT AND SPORT 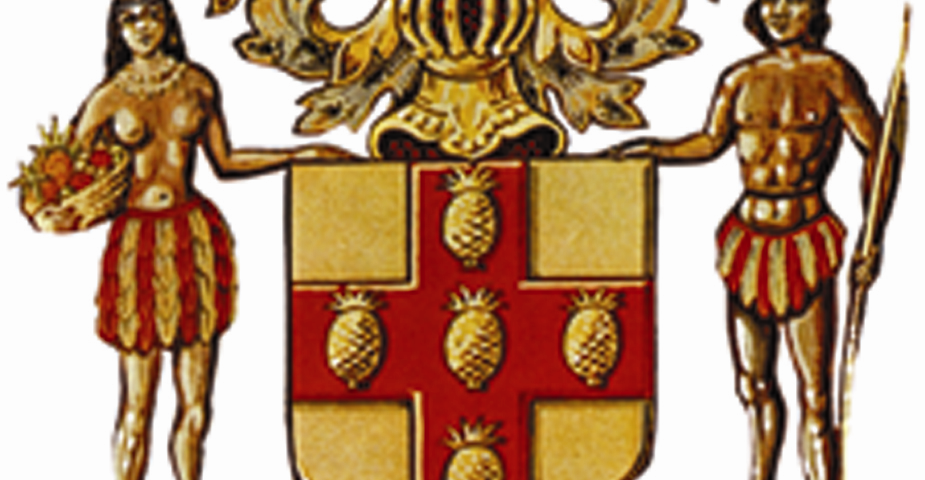 STATEMENT BY THE MINISTER OF CULTURE, GENDER, ENTERTAINMENT AND SPORT

Mr Speaker, we all sat in this Honourable House and listened in disbelief as a former Cabinet Minister, the Member for South East St Ann, made several erroneous statements and hurtful allegations — against not only me, but against professionals who work for and work with the Government.

The Member said that $440M was allocated to the Ministry of Culture, Gender, Entertainment and Sport for Emancipendence and Heritage week in 2017/2018.   She said that of the $440M, only $60M was allocated to JCDC for promotion of cultural activities.  And then she asked, suggesting that some corruption had taken place, where has the rest of the money gone?

Mr Speaker, just one look in the big yellow book proves that what Miss Hanna said yesterday was a big fat lie.

Here is the truth.

$200M is included for Jamaica 55 Projects but that is programmed in the JCDC vote — if the Member is unaware, what that means is that the JCDC is the executing agency.  The agency controls the money.

This total does represent an increase over last year – Promotion of Cultural Activities (27.727M) and Celebration of National Events (163.081M)

That is due to the fact that the Ministry undertook extensive preparatory work in costing our operational plans and negotiating with the Ministry of Finance and the Public Service. What is in the estimates is a result of our advocacy and the cogency of our planning and reporting framework.

It is important for me to say this, Mr Speaker, so that our public and even some members of this House will understand:  Ministries do not award themselves random budgetary allocations.

The Cabinet approved the $200M allocation to the Jamaica 55 programme due to the nature and the likely returns on investments of the indicative Legacy projects which we presented.

Mr Speaker, the Member charged that the JCDC is being bypassed by the Jamaica 55 Secretariat which was established to do the JCDC’s job. She said it was a pattern that state agencies bypassed in favour of personal consultants.

The JCDC was founded in 1963 by a JLP Administration.  It is inconceivable that I who was there at its conception, its inception and growth over the years could now seek to undermine it.

In fact, the JCDC — contrary to the picture that Miss Hanna paints — is a model I wish to see replicated all over the public sector. It has stood the test of time and it has produced results.

I am heartened by Ms Hanna’s new found interest in institutional strengthening and capacity building, I really am, but she comes to this point late in the day.

The truth is that JCDC does an extraordinary job with very little resources and sometimes these have to be buttressed to relieve them of undue pressure. We cannot set the Commission up for failure. There is a long and well established convention of utilising professionals in the cultural and creative industries to support national activities.

Mr Speaker, the consultant to which the Miss Hanna refers is not a personal consultant.  The person isn’t selected by me and does not work on my behalf.  The  JCDC is equipped to manage these consultants and critical knowledge transfer from these consultants has supported the Agency’s success.

I invite Miss Hanna to take a glance at the JCDC operational plan for 2017/2018 which will demonstrate the full range of programme activities that the JCDC plans to execute for this year.  No one could say they’re being bypassed.

Yes, Mr Speaker, the MCGES and its Agencies are adhering to GOJ procurement rules and now with the publication of the OCG’s JA50 Report we are doubling down on efforts to ensure proper due diligence, controls, recording and documentation as well as reporting – internal and external to the Ministry.

Permanent Secretaries are the accounting officers in control of public funds and vested with responsibility for answering to a wide range of governance structures and bodies for how these are spent. Not Advisors or Consultants.

The cost of the Grand Gala may have decreased in 2015 but this was accomplished by centralising the function and depleting JCDC of its technical capacity.

I now turn to the issue of the Secretariat for Jamaica 55.

The roll out of a major national programme such as Jamaica 55 demands tremendous back office logistical and administrative services.  This is the primary role of the Secretariat, which in turn, affords the technical people actually executing the programme the opportunity to do this unhindered.  It is not about taking away anything, it is about supporting.

The establishment of the Secretariat went through all the required steps including Cabinet approval and submission to the Ministry of Finance and the Public Service.

The JCDC Act speaks to a Commission that has no less than 5 and no more than 30 members. In an effort to be inclusive we have adhered to the spirit and the letter of the law. Representation is there for all cultural and ethnic communities in Jamaica as well as key persons in the Cultural and Creative Industries.

Miss Hanna spoke about a Commission affected by “money mek fi spend” virus — this is in relation to the increase in fees payable to Commissioners.  What an unworthy comment!

They are not money grabbers.

The Ministry of Finance and the Public Service sets fee schedule for boards of Public Bodies and a new schedule came into effect in April 2016.

On the recommendation of an effective and efficient Executive Director (God rest his soul) a decision was taken to apply the option of moving the JCDC from a category 4 public board to category 3 in accordance with the criteria set out in Circular # 11 dated April 19, 2016.

The JCDC was and always has been the executive producer of the Grand Gala – conceptualising, planning and implementing.

The Company ( i.e. JAMBIZ) of which this individual is a part owner was previously contracted by JCDC to produce Grand Gala 2012.  The contract award was $70M on July 10, 2012 and executed with Mr. Lenford Salmon.

These are highly specialised services and are not readily available – this is the premier cultural event of the country.

The member is under the mistaken belief that I share her lack of faith in the Agencies and Departments which fall under my Ministry.

Mr. Speaker, let me jog the Member’s poor memory or perhaps convenient amnesia.  When the Minister took the reigns of the Ministry in 2012 she found an effective JCDC at work.  Under her watch the JCDC executed the Independence celebrations that year, save and except for the Grand Gala, which would have been a strain on the entity given the volume of work and creativity involved and the heavy workload of the JCDC at that time of the year.

And guess who the Minister’s team chose to execute the 2012 Gala? The very professional whose character she is now seeking to besmirch.

Come 2013 the then Minister moved to emasculate the JCDC by usurping a number of its functions, including the producing of the Grand Gala, and placed it within the Ministry she led.   Mr. Speaker the Gala that year was one of the worst in decades.

If that were not enough the then Minister repeated the error the following year – 2014, and just when the public though the Grand Gala could get no worse, it did, with thousands of fuming Jamaicans streaming out of the National Stadium mid-way the event.

The Minister took staff from the JCDC and placed them under her nose at the Ministry.  And now she comes to this House to accuse someone else of “a pattern of state agencies being bypassed”?

Shame on you Minister.

Don’t assume that others are like you in this regard.

The Member seems to have a lot of time on her hand to be snooping around State Agencies like the JCDC, badgering staff for information.

She may give consideration to perusing the OCG’s recent report on the JA50 celebrations, which includes several damning allegations.

Equally so she may want to spend some of this time accounting to the nation for the over thousands of dollars she advanced to suppliers to manufacture hundreds of thousands of JA50 Pins, most of which cannot be accounted for.

The Member may also spend a little of her time explaining to this House what has happened to a number of pieces of equipment purchased for the JA50 Secretariat and which have miraculously gone missing, such as an Identification making machine costing appx US$10k and a number of laptop computers.

Mr. Speaker, the member from SE St, Ann will go down in history as the only Minister of Culture who has had to appoint three (3) Board Chairmen for the JCDC in four (4) years.

There are legitimate channels – ATI and Whistleblower law which could allow individuals to ask for and receive information. It does not appear that these channels were utilized. Instead the MP has relied on leaked info, innuendos and misinformation to arrive at faulty conclusions.

The Permanent Secretary will take immediate steps to remind all Officers of their obligations to maintain confidentiality and the options available for sharing information.  This matter will be treated very seriously.