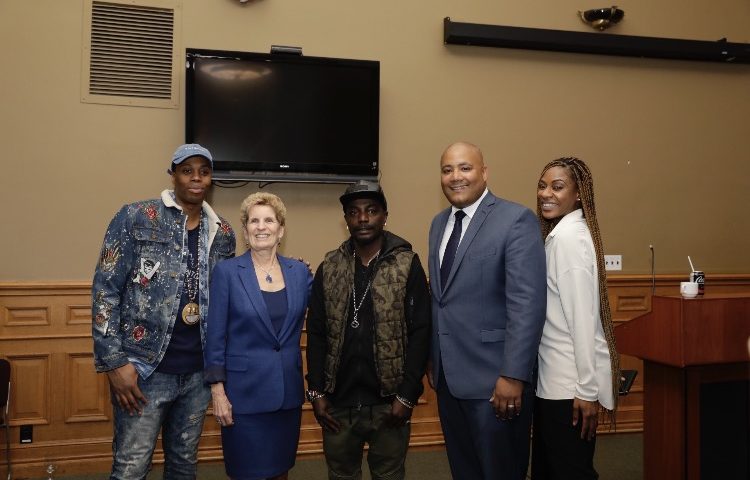 February is Black History Month, a time where we recognize and celebrate the contributions of Black-Canadians. And while another month has come and gone, as a Minister in our Liberal government, and as a life-long hip-hop fan, I feel proud to have witnessed Black History, and music history, in the making, right here in our very own city.

On Tuesday February 27, I was surrounded by dozens of rap, hip-hop and urban music artists as I paid tribute to their work.

DJ Ron Nelson, Jully Black and Kardinal Offishall were some of those people.

When I was younger, DJ Ron Nelson set up the “Jam Line:” a 24-hour phone recording that provided listeners with information on dances, events and concerts. He connected us to the sound, he plugged us into the scene and he travelled to America to secure the acts.

Rap was the most powerful sound of my generation, often discounted as a gimmick or a fad – in fact, rap music automatically gained some powerful adversaries. It was a time when mainstream radio, television and the entertainment industry snubbed the sound, and internationally, politicians looked for ways to dismantle it.Despite being the unwanted child of the music industry, artists were selling a million-plus albums without any mainstream radio play and, even more importantly, capturing the hearts and minds of millions internationally.

Artists like Kardinal Offishall – who was the first Canadian rapper in history to top the Billboard Hot 100 in America – K-OS, K’Naan, and the Rascalz represented the next generation of artists who naturally earned respect here at home and around the world. It was their success that made the licensing of FLOW 93.5 an undeniable reality.

And here we are thirty years later, rap music is dominating international charts with no sign of slowing down.Let’s not forget the role these trailblazers played – and continue to play – in the history of Black culture in Toronto, in Ontario, in Canada, and across the world.