A lighter side of the law 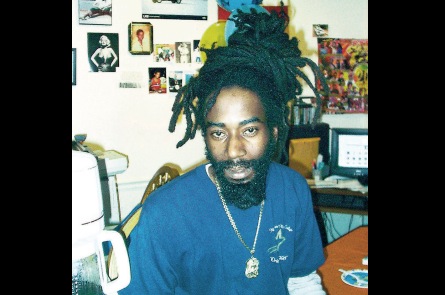 Having been around the music scene for over 25 years, singer Ras Negus knows the importance of keeping his ears to the ground.

He also keeps up to date with the latest songs by listening to as many reggae radio stations as possible.

“In that way, I know who is who and what is what. I definitely know what the soul of the people need,” he told the Jamaica Observer.

Uptown Barriers, Ras Negus’s most recent song, was done with veteran deejay Papa Michigan for his Base 13 record label.

He says the song has got sustained airplay on reggae stations in South Florida and New York City since its release.

According to Ras Negus, Uptown Barriers is consistent with the type of music he has been making for most of his career.

“I continually write lyrics that represent today’s world and everyday life. Even though I left Jamaica, Jamaica did not leave I alone,” he quipped.

Now in his early 40s, the former Stereo One sound system artiste says he was inspired by roots-reggae of the 1970s and 1980s. Burning Spear, Bob Marley, Sugar Minott, Philip Fraser, Triston Palmer and music from the Channel One studio were his main influences.

Ras Negus was born Martin Pinnock in Whitfield Town, not far from Channel One. He first showed his talent while attending Kingston College where he was a member of the school’s choir.

He later recorded for various producers before migrating to the United States. He continues to record but also writes and produces for other artistes on Base 13.

For the original report go to http://www.jamaicaobserver.com/entertainment/Staying-grounded-with-Ras-Negus_15307544