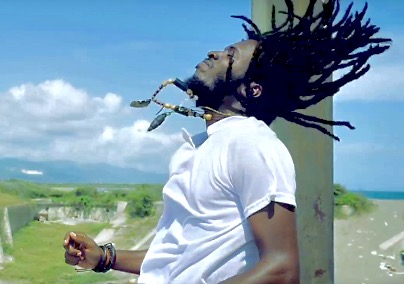 Reggae Artiste Stephen Dajure has released the much anticipated visuals behind his single “I Am Not A Criminal”.

The single which was produced by Giddimani Records alongside House of Riddims production speaks of the constant struggle individuals face as a result of their outward appearance.

The track, which is the title track of his recently released album, is available on all major digital streaming sites through IDC Distro.

“The feedback I have been receiving for the track is simply tremendous. I am humbled by how far my music has reached thus far. I have gained fans in many different countries since I have decided to go full force with my promotion” Said Stephen Dajure.

The artiste who released the visuals for the single on September 8, 2017 exclusively on www.Reggaeville.com says the video is as mind throbbing as the single.

The video was shot on location in Kingston, Jamaica by Terminal 4 Media.

“The director captured the message of the song in the video perfectly. My fans have been anticipating the visuals and I ensured that I put the video together in the most relatable way possible” Shared Stephen Dajure.

While promoting his new video, Stephen Dajure is also gearing up to release his new single, “Guidance” which he describes as a positive vibration.

The St.Ann native who believes the message being brought forward through his music will open the eyes of those who listen, is looking forward to tackle the European scene once the video drops.

Among his other releases are: Rasta Man Dread, Birds Go Toot, Jah Live and One Love.