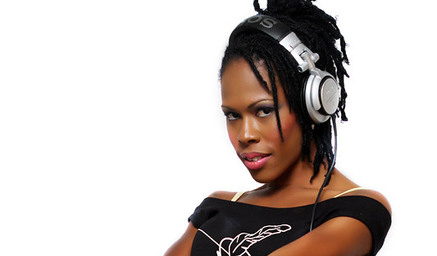 The march for justice, commemorating 50 years since the Coral Gardens Massacre, lead from Downtown Kingston to Half Way Tree, on the 28th March. It became clear that the Rasta community is no longer a small community as a lot of supporters came out, considering that there were similar events taking place in Montego Bay for instance.

I was broadcasting for Irie FM during Mutabruka’s programme. I realised that some people viewed it as a Rasta March. It was a however a march about Rastas who where murdered and prosecuted in 1963 in Coral Gardens. More importantly the march made a statement that we are tired of the crime and violence.

In Jamaica we have the highest rate in the world of the police killing fellow citizens and this year the extra-judicial killings have risen already compared to last year. This concerns Jamaica as a country which already has a high murder rate. The march was significant as it was the first of its kind.

Furthermore it touched a topic most people do not want to talk about: some people can not get certain jobs because of their complexion even though they are qualified! People are discriminated and there is still colour and class-prejudice in Jamaica. It is a very serious thing and does not only concern Rasta. Justice concerns everyone!

This March for Justice was followed one by the people of Tivoli Gardens. Even after almost three years no-one has been charged with the murder of over 70 people of the Tivoli Gardens insurgence in connection with the capture of Christopher ‘Dudus‘ Coke.  Marches like these are good, it shows that people can come together and demonstrate in a peaceful way to bring across their point. We need better governance. The lack of good governance has lasted for so many years.

The 2am Noise Abatement Law will be enforced even stricter. Usually the promoters get a 2am permit from the parish council with the ok from the police; an extension to keep your show until 4am is negotiable. In my opinion however the law is currently enforced in a biased way. We see some shows that are kept until daylight and others locked down before the main acts get a chance to perform. It is a complex problem that can only be solved with co-operation.

The promoters should really put the performers on stage before their permit runs out and the police needs to be more humane in doing their job. They could for instance review the situation on the day, rather than ending the show abruptly without giving the MC the chance to say to the people that the show is being locked down.

Sometimes the artist does not show up until after the permit has expired. That is unfair towards the promoter, who has paid hundreds of thousands of dollars to make the show work. The artists need to be on time.

Music is a business, not enjoyment alone. Money,  time and thought is invested into it. Just as much police earn a living with what they do, promoters, artist, selector and vendors come together to earn a living too.

If we are fair and honest we must accept that this problem is the responsibility of the promoters, artists, police and government. They need to form a committee with people from different areas in order to solve the problem and amend some of the laws who are not working well.

Entertainment plays a big part in Jamaica and people come from abroad to enjoy Jamaican entertainment. They will go to other places to find that vibe.

We have to look out for what is coming out of that as it is getting more and more complex. People keep meetings in order to touch entertainment folks but a lot of the ideas are not practical or reasonable. How would they want to enforce it? Will they give selectors playlists? At the moment the Broadcasting Commission can not keep up with monitoring all the new releases.

HOT IN THE DANCEHALL

RDX Broad Out, QQ with Ghetto Gyal and One Drop,  new songs from Aidonia and Busy Signal and Major Lazor are played in every dance and ruling the ladies right now.