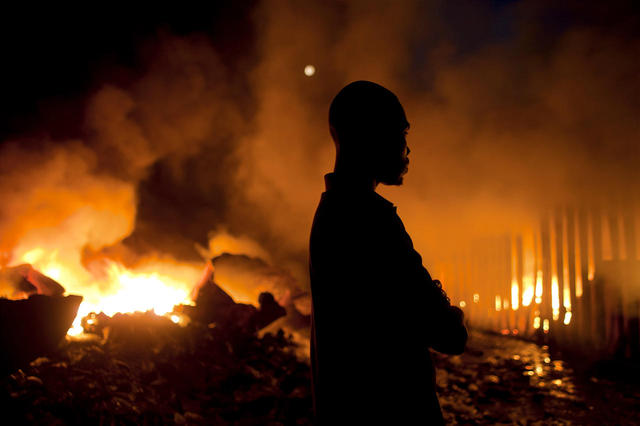 PORT-AU-PRINCE, Haiti _ Haitian authorities on Thursday were investigating a street protest that turned violent in a northeastern town close to the country’s border with the Dominican Republic.

Police spokesman Frantz Lerebours confirmed people were wounded by gunfire during a Thursday protest in Fort Liberte, but he could not immediately say how many. He also provided no details on how they were shot.

Sen. Jean-Baptiste Bien-Aime, an opposition politician from Haiti‘s northeast area, asserted that 13 people were wounded by Haitian police officers who fired their weapons while trying to clear demonstrators from the main road to allow trucks to pass.

For the last few days, protesters in Fort Liberte have taken to the streets demanding the town be supplied with electricity from a power plant at an industrial park in nearby Caracol, the senator said.

Lerebours said the head of the Haitian National Police had sent a team to the area to investigate.

Last week, an anti-government march in Haiti‘s capital, Port-au-Prince, turned violent as three demonstrators were shot by counter-demonstrators in a volatile neighbourhood.