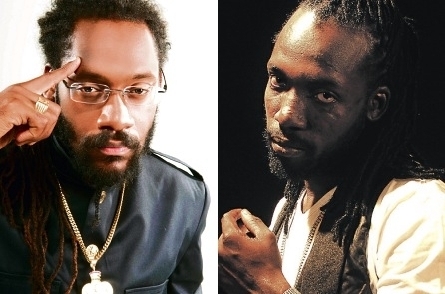 STYLO G, the Spanish Town-born singer who cracked into the British pop chart early this year, is one of four nominees in the Best Reggae Act category of the Music Of Black Origin (MOBO) Awards which takes place October 19 in Scotland.

The nominees were announced on Tuesday night at a MOBO launch party in Central London.

The clear favourite is Stylo G, who broke through with the hit song, Soundbwoy.

Produced by Amsterdam-based producer Diztortion, Soundbwoy is an ode to sound system culture.

Last year, Stylo G was hailed by respected British newspaper The Guardian as ‘One to Watch in 2013’.

Sean Paul had a good run in Europe in 2012 with his previous album, Tomahawk Technique. His latest song, Other Side of Love, made the British pop chart.

Mavado got a career boost this year when he collaborated with Trinidad-born hip hop star Nikki Minaj on the song Give It All To Me.

The MOBOs were first held in 1996 in the United Kingdom.

For the original report go to http://www.jamaicaobserver.com/entertainment/Four-vie-for-MOBO-honours_15004001#ixzz2e7Ialztz