TAKE A LESSON FROM THE CRUISE SHIP PULLING OUT OF JAMAICA. RETURNING CITIZEN RESETTLEMENT OR MASS TOURISM DEVELOPMENT? 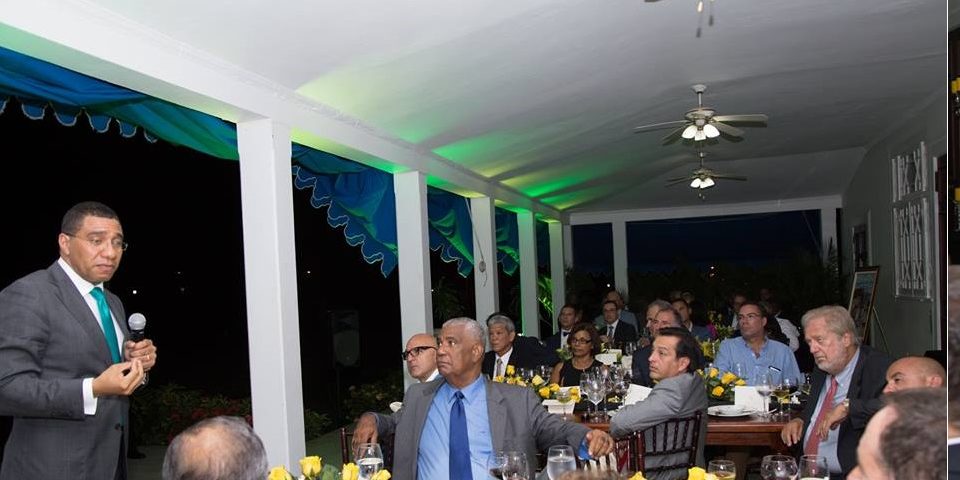 Diaspora Integration Should Include Beachfront Lands For Returning Citizen To Build Secured Communities. They Contribute More Than China To Jamaica’s Economic Development

Mr. Prime Minister, Jamaicans overseas have been pouring some US$300 million in real estate development annually, since 2013. Which is better for the economy Mass Tourism or Diaspora Resettlement? If the Jamaican economy was been properly managed this would have been translated into some US$4.8 billion in GDP over that time. The economic impact is even greater when you consider the pension returning citizens are bringing home with them, yet the government continues to decry the Jamaican Diaspora for not investing in the economy. We are not even considering the estimated US$12.0 billion in Direct Remittance Investment (DRI) since 2013 with an economic impact of US$48.0 billion in GDP.

The problem is not that Jamaicans overseas are not investing but rather the government is incentivizing a sector of the economy which leaks development capital out of the economy like water over the Hoover Dam. Just consider for a moment some 70% of our building materials are imported. Why are we importing steel and lumber when we can make lumber out of bamboo and steel with LNG or SNG from clean coal? The bad and unsafe roads leak some US$1.3 billions in automobiles and car parts import annually. The government has pursued a development policy since 1992 which created over 24 years of negative to marginal growth. Bahl and Wallace (2007) argued that Jamaica’s paradox of high investment and low productivity might be attributed, at least in part, to having an incentive program that channels investment to less productive sectors.” Since 1990’s Jamaica received some US$12.0 billion in FDI, yet over that time period, the economic growth rate was marginal at best, hovering around 1% or less.

Jamaica received almost USD 700 million in Foreign Direct Investments (FDI) in 2014, up from USD 650 million in 2013. Tourism and infrastructure remain key drivers, accounting for two-thirds of the 2015 outlay. Spanish and Chinese investors continue to dominate investment in these sectors. These are a net outflow of capital. Direct Remittance Investments (DRI) is in excess of USD 2.1 billion and is a net inflow of capital in additions to the contribution to the current house boom and pension income of returning citizens. We don’t do not need more studies these are verifiable facts on the ground.

When governments make decisions it should be based on cost-benefit analysis rather than the political expediency of the decision. The cost of subsidizing the tourism industry far outweighs the benefits. We cannot talk about GDP that less than marginal. I agree we need to diversify and expand the product to make more meaningful an impact in a sustainable way to the people and economy of Jamaica. I know persons who have worked for one of the hotel chain and the pay as a Wedding Planner is about the same as a Grocery Clerk in a Chinese Wholesale.

Since 1990 Jamaican Governments spent some US$ 4.5 billion on tourism-related infrastructure projects which equal the same amount Travel and Tourism contributed in total to the GDP in 2012. Even if tourism grows 3.6% on average for the next 10 years the marginal cost to subsidized tourism growth in Jamaica would be far greater than the marginal returns, as increasing price pressures resulted in lower yields which mean more devaluations.

The constant devaluation to attract tourism investments cost the Jamaican economy some US$32.0 billion overall plus the US$4.5  billion in tourist related infrastructure investments. So in total, it cost the economy US$36.5 billion since 1990 to attract an industry that only recently added US$2.2 billion in direct contribution to the GDP or US$7.0 billion in total.

Over the same period, the Jamaican middle class was decimated as manufacturing fell some 36% and mining 55%. The government needs to focus on lowering the cost of energy to revive our manufacturing base and rebuild the Jamaican middle class. Just think about it, if we invest and build infrastructures to support agriculture, energy and water resources management, we are indeed stimulating tourism investment but indirectly cause as we expand job creation and growth we would have reduced the crime rate and make people feel safer.

The Minister has defined the problem but has the wrong solutions; “Declaring that Jamaica’s tourism sector has under-performed, the portfolio minister, Edmund Bartlett, said value added earnings from tourism amounts to less that five per cent of Gross Domestic Product (GDP).” Bartlett Unveils Five-Pillar Tourism Plan. Clearly, it is time for foreign owned Hotel Properties to be fully taxed (Land and Buildings) and for hotel workers to be paid US minimum wages with the Agriculture Industry fully integrated to supply produce.

The World Travel and Tourism Council 2015 Report on Travel and Tourism Economic Impact for Jamaica forecast some 3.4 million hotel visitor arrivals by 2025 contributing directly US$2.2 billion in Gross Domestic Products (GDP) or US$7.0 billion in total. Excluding remittances, it will take approximately 130,000 to 152,000 Retired Returning Citizens or less to contribute the same amount to Jamaica’s GDP while creating 4.5 times the amount of tourism-related jobs or about 700,000 jobs by 2025.

Destroying our traditional fishing villages and replacing lucrative fishing income with back-breaking subservient hotel jobs is not a sustainable development option. Instead, we should be investing in the safe resettlement of returning citizens by integrating them into these beach village communities, than to be selling the prime real estate to just one investor for Mass Tourism which according to the UN has far less impact on our economy’

“The United Nations Environment Programme (UNEP) cites that in most all-inclusive mass tourism package tours, about 80% of travelers’ expenditures go to the airlines, hotels, and other international companies (who often have their headquarters in the travelers’ home countries), and not to local businesses or workers.”

Diaspora Voting Rights will facilitate the reduction in the crime rate which could allow for the resettlement of some 5,000 returning residence per annum having an average retirement package of US$1,600 per month. This potentially could contribute over a 15 year period on average of some US$3.5 billion in GDP per year or US$ 6.5 billion BY 2030 with average annual savings of US$106 million from income of approximately US$817 million or a total of US$1.5 billion by 2030. To this extent, the Current Diaspora Advisory Boards are not doing their Jobs to help the economy of Jamaica. The cost of resettling returning citizens is far less than building tourism infrastructure and therefore the returns in terms of economic growth and development will be far greater. We should seek to have Jamaica become a “Blue Zone” a destination for health and well-being. Crime must be eradicated. But both parties are part of the problem according to the Tivoli Commission of Inquiry.