Bert Samuels Should Get Legally Real

November 5, 2021 | VP Records |
Known for songs that are catalog classics, Reggae star Tarrus Riley adds to his repertoire with the release of his newest single “Love Salute.”
The single, produced by Kareem ‘Remus’ Burrell, is the second collaborative effort between the two second generation Reggae royalty musicians.  “Love Salute” is a modern day build from Marcia Griffith’s “Hold On” produced by Kareem’s father Fattis Burrell.  Tarrus and Kareem’s rendering keeps the original melody while asking lovers to appreciate love in all forms and never take a person for granted. 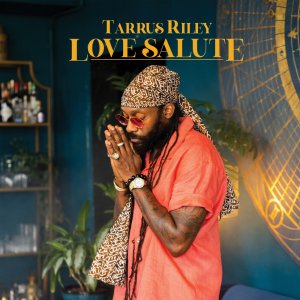 Slated for international release on November 19th, 2021, “Love Salute” arrives in time for the festive holiday season which will see family and loved ones together.  The artist hopes that “if you find someone that you can’t lose, please surrender and “Love Salute.””
The Brief:
Riley’s history with reggae covers, and ballads include classic hits like “Superman,” “Human Nature,” “Stay With You,” and “She’s Royal.” Fostering his signature sound, “Love Salute” showcases the artists musicianship with the songs rootsy-Lover’s Rock vibe that adds a slight Reggae feel.
What Tarrus Riley Says:

Inspired by the untimely passing of his younger sister, Tarrus encourages all to embrace the power of love and to dwell in the positiveness of loves energy.  He says “love is an actionable word that we can put into action so lets do that.”