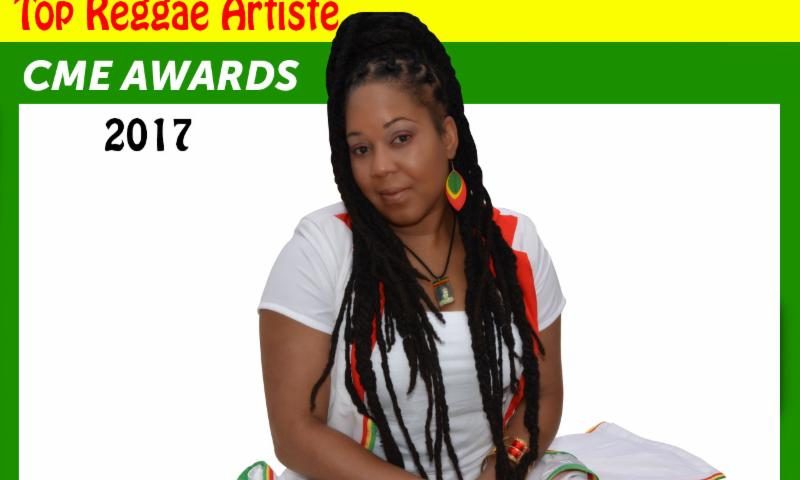 Congratulations!!! Top Reggae Artiste Award Nomination by the Caribbean Music & Entertainment Awards.
Caribbean Promotions in association with PenPro Entertainment will be hosting its 5th Annual Caribbean Music & Entertainment Awards on Sunday, September 24, 2017 at the prestigious Rose Theatre in Brampton, Ontario. Red Carpet 5:00 pm to 6:30 pm. Award Show 7:00 pm to 11:00 pm.
Tasha T says, “I would like to thank the CME Award and the entire team for recognizing me for the 2nd time. I am humble and grateful for this nomination which has filled me with a strong sense of pride. I would also like to extend a thank you to all my dear fans, friends, families and- indeed-the entire Rasvibe Records Team Worldwide, for continuing to be there for me at all times.”
Tasha T always hardworking and committed to her artistic endeavors and musical career, Tasha T has contributed to making a difference in Reggae music. She has become well known and loved by everyone who loves Reggae music and Caribbean culture. Her name is always on the tip of the tongue. Recognized locally and internationally for her musical talent, she never stops aiming for the stars. Starting with Best Female Newcomer in 1999, Tasha T has been honored with commendations, praise, admiration, numerous nominations and awards, which are too many to name here – and the recognition and accolades have continued every year since 1999 to the present 2017.
PenPro Entertainment was established in 2010, with one aim in mind: To help persons of Caribbean descent, residing in Canada, to continue to nurture and preserve the Caribbean Culture through music and entertainment.