DJ Young Mase – I Did It For My Dawgz ft. Obie Trice, Willie The Kid, L.A.D, Quest Mcody 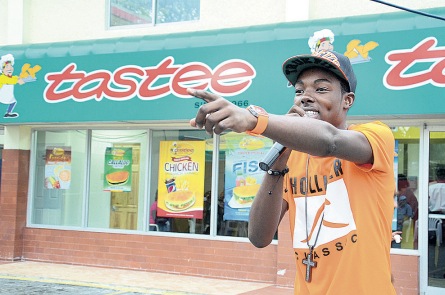 THIRTY-TWO contests will be facing the judges in the Tastee Talent Trail semi-finals at the Tastee car park in Cross Roads, St Andrew, on Thursday. And of that number, 10 will get the nod for the final round.

The competition starts at 6:30 pm.

Howard McGowan, communication manager, said the entrants have all been fine-tuning their talents.

“All of them have been working very hard to advance to the next round,” he said.

“And based on the fact that the contestants have stepped up their game since grooming sessions began in September, it’s not going to be easy for the judges to select the top 10,” he continued.

According to McGowan, grooming comprises microphone control, vocal styling, and breathing as well as wardrobe selection.

For the original report go to http://www.jamaicaobserver.com/entertainment/Tastee-semi-final-on-Thursday_15463618