BLACK ENTERPRISE To Present Virtual Event Focused On Diversity, Equity, And Inclusion In The C-Suites And Boardrooms Of Major Corporations, July 14

WASHINGTON, July 14, 2021 /PRNewswire/ — Best-selling author and award-winning voiceover artist Cayman Kelly proudly announced he had renewed his contract to serve as the promo voice for the nation’s fastest-growing network designed for African American audiences. Nationally syndicated with a wide variety of stations, Cayman Kelly has already secured his reputation as a leading broad-ranging radio voiceover expert, but finds his work with Bounce to be of especial importance. Kelly has a long history of working with Bounce, whose founders include Martin Luther King III and Ambassador Andrew Young. 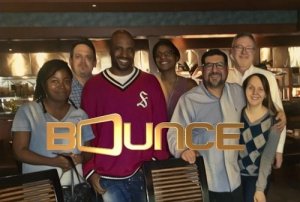 Breaking new ground for African American actors, voiceover artists, and other professionals has been a Bounce TV specialty since its inception. An absolute foundational Black business in the United States, Bounce TV has been an important entertainment resource and inspiration for generations of Black families. Sitting down to explain why this renewed promo-voice contract means so much to him, Cayman Kelly said:

“I’ve been with Bounce from the very beginning and I’m absolutely thrilled to see how much they’ve grown and expanded over the years. Watching their evolution – being a part of it – has been a blessing in so many ways. They are the first African American ‘over-the-air’ broadcast network. They started with movies and syndicated programs. Now Bounce is doing original programming, including dramas, sitcoms, news, and the like. Basically, this means they’ve been doing the hard work over the long haul, for a number of years now. They’ve carved their space. And I can’t stress how important this is to the Black community because visibility and representation absolutely matters. To be a part of that kind of American history is just humbling and gratifying to me.”