The gospel according to bob marley 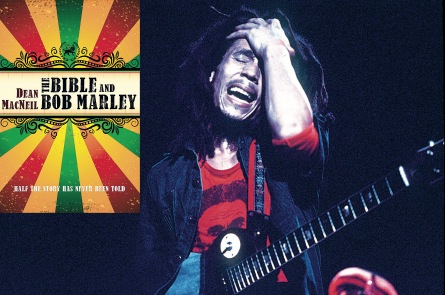 Dean MacNeil, who is from Connecticut, says he researched Marley’s music for 20 years before writing and completing the book, The Bible and Bob Marley.

It focuses on parts of the Bible that Marley quotes in some of his most famous songs including So Jah Sey, from his Natty Dread album.

“It (book) explains how Marley is not merely quoting biblical texts, but rather thinking deeply about them, interpreting them, and finding relevance in them for the struggles of today,” MacNeil told the Jamaica Observer.

“The book offers a new perspective on Marley,” he added.

MacNeil says they are 12 songs in the book that “picked themselves”. Among them are Running Away, Africa Unite and Small Axe.

The inspiration for the Bible and Bob Marley came from MacNeil’s younger brother Scott, who was an avid Marley fan.

Weeks before he died in 1991, they were on a road trip listening to Marley’s music and dissecting the lyrics.

“My brother asked me questions, thinking I had the answers, but I didn’t,” said MacNeil.

Five years ago, he decided it was time to start writing a book.

“I needed to prove to the readers that he (Bob) was definitely getting it (songs) from the Bible,” he said.

MacNeil says during his research, he spoke to persons close to Marley.

“Mick Carter, the Wailers’ tour promoter from 1973 to 1980, recalls that on the bus during their first UK tour in 1973, ‘The Bibles would come out and the arguments would become very heated’.”

Journalist and Marley biographer Stephen Davis states that on the 1975 Wailers tour, “Bob would often consult and quote from the weathered Bible he carried with him … His personal Bible was a Jamaican printing of the King James version, with a photocopied portrait of the Lion of Judah in full regalia pasted on the cover, as well as other pictures of Selassie glued on the inside cover.”

MacNeil hopes his book will help Marley fans appreciate his respect for the Bible.

“Examining the Bible through the lens of Bob Marley is an interesting way to learn about the Bible and about how to draw life lessons from the Bible as Marley did,” he said.

For the original report go to http://www.jamaicaobserver.com/entertainment/THE-GOSPEL-ACCORDING-TO-BOB-MARLEY_15095834