The secret supporter behind the veterans

Loyal Flames: I have to do music

The new Face on Sky TV 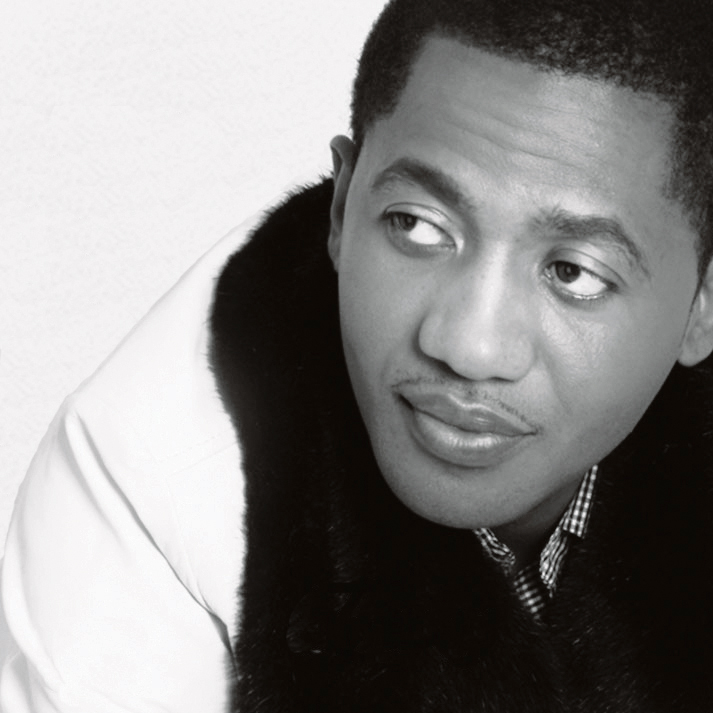 Savana pushes the presence of Reggae

After four albums, numerous hit songs, and a prime spot on TV hosting the popular Reggae Showcase UK, Savana has certainly made a name for himself. With all this under his belt, it’s no wonder he is a key figure in the UK reggae fraternity; one who loves to explore all aspects of reggae culture. According to Savanna: “The Reggae Showcase provides a platform not only for established and upcoming artists but also people such as Miss Jamaica UK, the Jamaican Commissioner, radio DJ’s, dancers and entrepreneurs.”

With two live shows each week, several repetitions and over 250,000 people watching, the demand for the programme is clearly on the rise.
But the Jamaican born has not always had luck on his side. In our interview, Savana is brutally honest, speaking about the unfair treatment he experienced by record companies as an artist trying to reach out.

‘Life Ah Foreign’ is a well known song of his, summing up much of his life’s obstacles. He has mustered all his craft into this beautiful song about the painful experience of crushed hopes living abroad. The song’s lyrics blow a cold chill down your spine and for many it gives something to hold on to because, bitter-sweetly, it always feels good knowing other people find it just as hard as you. The song speaks for everybody who has experienced the hurdles of picking up new customs, making oneself at home in an unfamiliar place and dealing with the disappointment of reality abroad. For Savana himself had to overcome a few stumbling blocks before he could stand firmly on the ground. All the more it is refreshing to see Savana in such an ascent. And as he has maintained his humble character you actually feel really happy for him too.

Savana’s forthcoming album ‘Journey’, is expected to leap up the charts, and as his previous four albums have proven, this too will be diverse in sound throughout, and feature many number one hits. They deal with life and love and staying away from the obnoxious glorifying of dubious money-making activities.

“My first album came out on Jetstar, with various number one his, featuring Alicia Keys and a remix on the Little Kim riddim. Pretty Lady was the first song that came out and went straight to MTV base hitting the charts. I was very young, 19 at the time. I remember that year well,  appearing at the Urban Music Award and winning an award with the album. I also went to the MOBO awards as I was nominated. I didn’t win but it was still an honour. The next album ‘OK’ was not as successful but it nevertheless played on MTV and reached the national top 100 charts.

I then released ‘Life Ah Foreign’, featuring a lot of good collaborations, like ’26 Police’ featuring Junior Reid and ‘Thugs Cry’ featuring Leona Lewis, Lumie Dee, and Determine. The most popular singles were ‘Life Ah Foreign’ and ‘See You In My Dreams’. The latter went straight into the reggae charts.
This album was released by an independent label, SDC Records. To me, the label never did me any justice on that album. ‘See You In My Dreams’ and ‘Life Ah Foreign’ were the biggest songs in England at the time but the way it was released and licensed was obscure. The album deal was signed with a distribution label in France without letting me know and without ever wanting to let me know.
The album might have sold 35,000 hard copies at that time. I want to release this album again as I think it never got the right promotion.
Regardless, all those albums built the name Savana which was my aim and I am still on it. That’s why I gave the new album the name ‘Journey’.
For me music has evolved into a crucial part of my life, it’s not a fun thing anymore. I know music helps people and takes them out of misery. I am doing music to uplift a next generation. When I’m gone I want my daughter and her friends to still listen to one of my songs. That’s the reason why I called it Journey.
It will feature a lot of one drops songs like ‘Our Love Will Never Die’, as well as re-releases of ‘See You In My Dreams’ and ‘Life Ah Foreign’.

You go through a of trials and tribulations in this music game. What people don’t know is if you are signed to the likes of Jetstar you are treated like a baby. The only thing that counts is your voice and talent. It doesn’t matter how many hit songs you have – it’s not a happy life. You can be on TV and yet you still don’t have much money in your pocket because the company is cashing in.
People should know what artists go through in this music business to reach their success. Sometimes people grudge artists for the wrong reason.
Even in the studio producers and engineers treat us badly when we are new. Only when we start to get a name they make us feel comfortable. It’s just like stepping into an expensive shop where everything costs £1000, wearing your little sneakers, you get looked down at.
UK Reggae Showcase 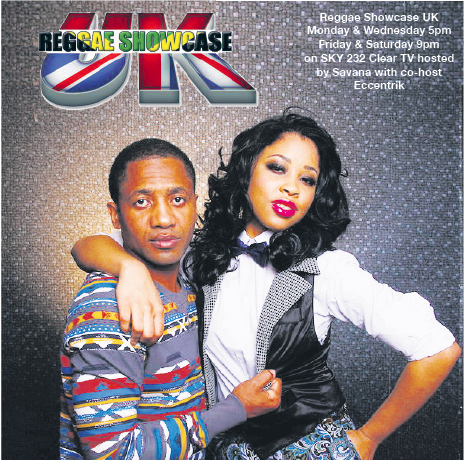 But I want to thank God before I even say more. I also have to thank the people around me, my team who keep me going. Especially so with my TV show Reggae Showcase which is doing extremely great. The show is meant to support reggae artist from both the UK and Jamaica. Initially the show was refused by the mainstream media TV stations who didn’t want to play reggae music. I went back to SKY and kept talking to them until they gave me a one year contract to broadcast reggae music 4 days a week. From the show started is has been tearing down the whole of the UK, we also won the Dancehall Industry Award (DIA) for it. The show is hitting over 250,000 people, that’s brilliant! I want to big up everybody who is supportive, like Vision newspaper, and all the viewers and radio DJ’s. We need the support. We are about to cut a deal with one of the national TV stations in Jamaica for them to see what is going on the UK.
Movie Project
My current project, a movie by the name of ‘Life Ah Foreign’, deals with that aspect: going and maintaining a life abroad. When somebody travels across the Atlantic Sea, even from England to Jamaica, its the same thing: If you are going to a foreign country, don’t think its a better road. People have to do a lot in order to survive.
The movie will focus on the reason why some youths get caught up in the streets. One of the main characters is a young girl who wants to go to college but can not fulfil her dream. Her boyfriend cannot support her either and so she ends up in the streets doing what she never wanted to do; dealing drugs. It shows you a lot of facets of life: struggles, dreams, success and failures.
The movie will feature actors and celebrities also from Jamaica and the UK. I will be playing a minor part in the movie too. We are currently discussing with investors and will go into production shortly. The movie is set to release this summer.

Big up the Reggae Showcase team, everybody who is around me, supporting me. Dainia, Shareen. Natreisha, Ziona, Tony, Eccentrik, all my Jamaican links; Anthony Williams who gets out all the write ups in Jamaica for me and Advocet, my American contacts; Wally. The European crew; Kinglsey, Ado. 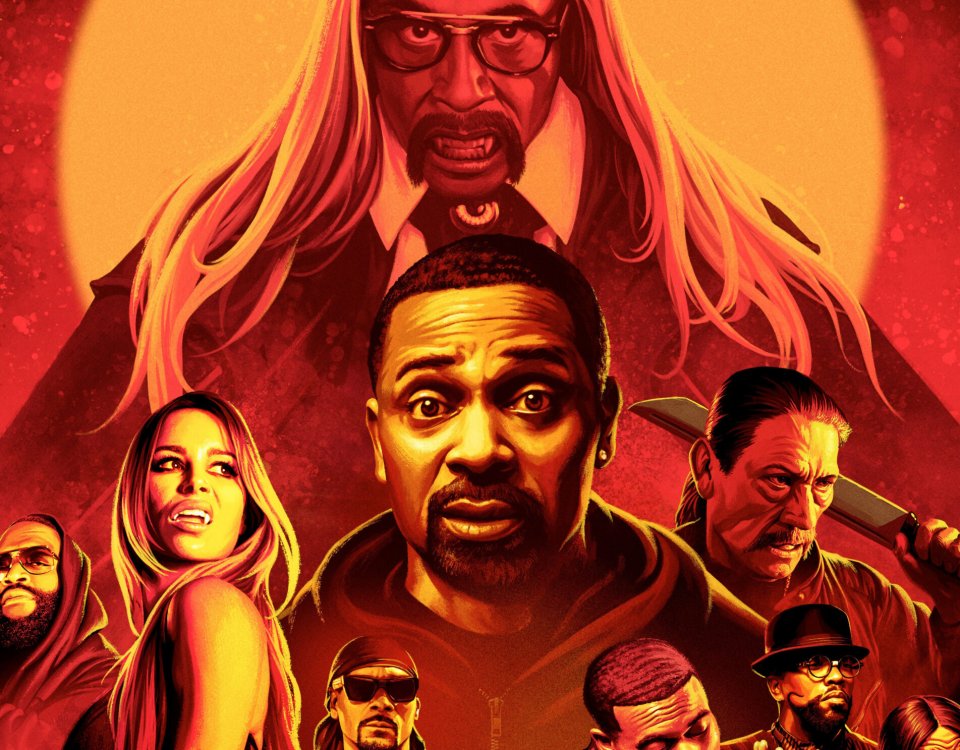 Hidden Empire Film Group’s ‘THE HOUSE NEXT DOOR: MEET THE BLACKS 2,’ Knocks Down The Door As The #1 Comedy In America For Opening Weekend