The Latest: Aiming for another sprint double, Usain Bolt advances in 200 metres at worlds

The ‘new’ New Orleans: City rises a decade after Hurricane Katrina, but not for all 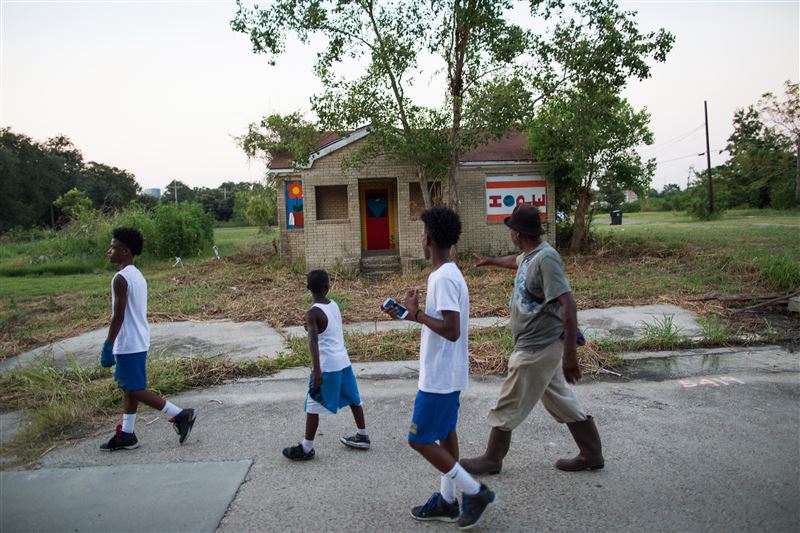 New Orleans has rebounded in ways few thought possible in the decade since Hurricane Katrina, helped by billions of dollars in recovery money and driven by the grit of its citizens.

But the ‘new’ New Orleans is whiter and more expensive to live in. African-American neighbourhoods across the city still struggle. And the murder rate is rising again.

“You’re going to hear a lot of folks say things are so much better, the economy is so improved, and other people are going to say it is so much worse,” said Allison Plyer at the New Orleans-based think-tank , The Data Center. “And both those realities are true.”

Katrina killed more than 1,500 people from Louisiana. Many of them drowned inside their homes. Survivors felt abandoned. The economy shut down.

It seemed like a death blow for a national treasure nearly three centuries old, one that mixes African-American, French, Spanish and Caribbean traditions to create forms of music, food and fun found nowhere else in America.

Ten years after what seemed like the apocalypse, the question of survival still hangs in the air.

Some signs of renaissance:

_ Louis Armstrong Airport, where thousands of refugees slept while trying to get flights out in August 2005, finally surpassed its pre-storm passenger numbers this year.

_ The New Orleans metro area has 11 per cent more restaurants, according to the Census Bureau.

_ New businesses are opening 64 per cent faster than the national average, and sales tax revenue this year has been 29 per cent higher than it was pre-Katrina.

_ Almost all the city’s schools were taken over by the state and are run as charter schools. High school graduation rates jumped from 56 per cent to 73 per cent since Katrina.

_ The city has recovered nearly 80 per cent of its pre-storm population..

As many as 40,000 residents arrived after Katrina, Tulane professor Richard Campanella estimates. Brad Pitt and Angelina Jolie were trendsetters, building new housing in the Lower 9th Ward and buying a French Quarter mansion.

“You had a whole bunch of millennials who were deeply affected by the Katrina incident that they witnessed on TV,” Campanella said, and the city seemed like a “kind of undiscovered bohemia.”

Chris Schultz attracts a growing crowd to his Hack Night get-togethers at Launch Pad, a co-working space he helped found in 2009 to jump-start businesses and foster a sense of community.

None of this existed before the storm, Schultz said. “The vibrancy of the city was nowhere near what it is today. It catalyzed people who stuck around to really care about the city.”

But the wide Industrial Canal cleaves the Lower 9th Ward apart from all this progress. Eighty-year-old Oralee Fields calls it “the wilderness.” Only one school has reopened in the neighbourhood, and very few stores.

New Orleans is still majority black, but the numbers have fallen from roughly 67 per cent before the storm to about 60 per cent today. Black households earn half the income of white households, and the city’s black middle and upper class has shrunk.

The worst number: 39 per cent of New Orleans children live in poverty, virtually unchanged since before the storm.

The storm also made New Orleans more expensive _ rents have skyrocketed by 43 per cent. Cheap rentals were largely destroyed by the floods. Thousands of families remain on a waiting list for subsidized housing.

Ten years after Katrina, New Orleans remains a work in progress. The city has capitalized on “the power and the spirit of the comeback,” said Michael Hecht of Greater New Orleans Inc., an economic development agency.

But the massive infusion of government money and philanthropy has mostly come and gone. “In some ways, I think the next 10 years are going to be even harder than the first 10 years,” he said.