Count ‘Gotham,’ ‘Girlfriends’ and ‘True Detective’ among the best on TV (and video) in 2014

The return of Gully Bop 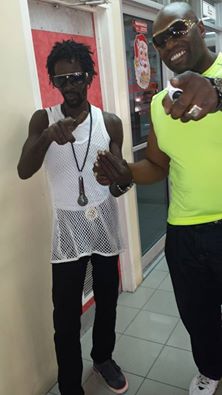 IN the last three weeks, a would-be deejay named Gully Bops/Countryman has become an Internet sensation after a video of him freestyling lyrics to his song, Dem no Bad Like Me, went viral.

The YouTube video was filmed two years ago by New York producer Nikimo Palache. Dem No Bad Like Me was remixed by Claims Records and released last month.

It not only caught the attention of disc jockeys but also CEO of Supreme Promotions, Isaiah Laing, promoter of the annual Sting dancehall show which takes place on Boxing Day.

The song and video have transformed the life of 50-year-old Gully Bops who told Splash that he had been in a ‘dark place’ for some time.

“I was with Mr Laing from 1992 and he made me perform on several shows including Sting and (Reggae) Sunsplash. I even released several songs. I am the one who messed up,” he said, his legs propped on a desk at Supreme Promotions’ Kingston office.

Removing his Versace shades, Gully Bops blamed his personal slide on a relationship gone bad. He said he became depressed after his girlfriend left with his children.

“Mi en’ up a walk dirty. Mi all smoke a couple ‘season spliff’,” he recalled.

“I am not a madman or ‘cokehead’ as some people believe. Mi neva haffi tek no therapy fi get better.”

Gully Bops, who hails from Southside in Central Kingston and Grants Pen in St Andrew, said despite his personal problems, he never gave up music.

His comeback started in 2012 when he met Palache who came to Grants Pen hunting artistes to record for his label.

To get the producer’s attention, Gully Bops said he went for an old fan and began fixing it while freestyling a few lyrics.

It worked. He said Palache began filming the impromptu performance which has made him a sensation.

The deejay, whose given name is Robert Lee Malcolm, said he is overwhelmed by his newfound fame.

Gully Bops got emotional as he spoke about his six children.

“It’s hard for a man to speak badly of his kids also but none a dem never look out fi mi. Is recently mi see dem come roun’,” he said. “I wasn’t in their life but for the past weeks I have tried my best to make up for some of what I have missed out on.”

He is determined not to fade away again. After his performance at Sting, Gully Bops hopes to continue his career by recording for willing producers.