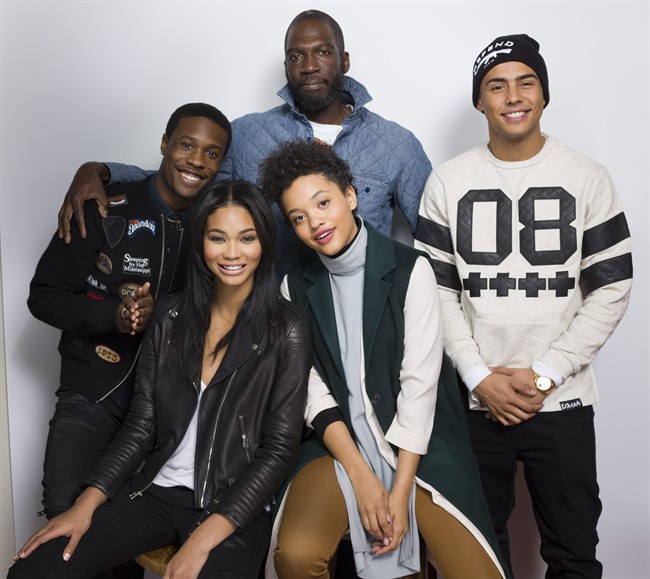 CANNES, France _ “Dope” began in the ears of Rick Famuyiwa.

The Los Angeles filmmaker was listening to Kendrick Lamar, A$AP Rocky and Tyler the Creator _ genre-shifting R&B and hip-hop musicians prone to freewheeling experimentation _ and he heard a new sound. Though many, like the collective Odd Future, were from parts of LA close to Inglewood, the community where Famuyiwa grew up, they struck the 41-year-old as not at all like his contemporaries.

“They were hanging around in all these same places but their energy was completely different,” Famuyiwa said in an interview last month at the Cannes Film Festival. “They felt uninhibited. I was listening to Kendrick Lamar, who’s from Compton. I was like: His Compton and how he sees and experiences Compton is completely different than NWA or Ice Cube.”

“Dope” is Famuyiwa’s attempt to capture, in a movie, a new black generation just as different from “Boyz n the Hood” as the frenetic Lamar is from gangster rap. It’s a John Hughes-like teen movie, vibrant and spirited, only one set in the much different neighbourhood of Inglewood, which Famuyiwa depicted in his feature debut, “The Wood.”

The film, written and directed by Famuyiwa, centres on a flat-topped, punk-playing, self-professed geek named Malcolm (newcomer Shameik Moore) who’s trying to get into Harvard when a fleeing drug dealer (A$AP Rocky) stuffs his backpack full of drugs. He and his friends (Tony Revolori, Kiersey Clemons) traverse Los Angeles, often on their bikes, in a comic, stereotype-busting adventure.

The film has a direct connection to the music that inspired it, too. Along with the film debut of Rocky, whose second album debuted at No. 1 on Billboard’s chart last week, Pharrell Williams is a producer and wrote several songs for the soundtrack.

“Dope” caused a sensation at the Sundance Film Festival, sparking a bidding war won by Open Road Films, which is opening it wide this weekend. The journey to big summer release from Sundance hit, with a stop in between at the Cannes Film Festival, is similar to the one the acclaimed “Fruitvale Station” went on in 2013.

Both films share Forest Whitaker as a producer, and like “Fruitvale Station” did, “Dope” also came away empty-handed in initial meetings with studios.

“We’re taking a leap on stories that maybe somebody else says they just don’t get,” says Whitaker. “We were told that in both of those movies.”

Whitaker calls “Dope” part of a rising cultural tide that signals that “the universality of our lives and the cosmopolitan nature of our cities and the makeup of our country is starting to come to the fore.”

“That doesn’t mean there aren’t pockets of people that are still struggling with educational systems and financial systems and opportunities,” says Whitaker. “But there is a growing group of individuals even inside of that that are looking toward making the world that they perceive or that they dream.”

“Dope” certainly realized the dreams of the 20-year-old Moore, an Atlanta actor whose audition tape blew away a desperate Famuyiwa. The director had struggled to cast Malcolm, but Moore encapsulated the blend of wit, leading-man charm and sincerity he was looking for. It’s an overwhelmingly obvious star-marking performance.

“Everything I’ve been wanting is coming to life,” says Moore, who’s currently shooting Baz Luhrmann’s upcoming hip-hop drama series “The Get Down.” ”I did have to learn how to be a leading man. But after I got the hang of it, it was something amazing. I learned how to really do something different on this movie, access a new part of myself.“

But while “Dope” was creating good vibes, many of America’s city streets were overrun with protests fueled by police killings of unarmed black men. Noting that he wrote “Dope” while the Trayvon Martin case was unfolding, Famuyiwa said the events had a subconscious effect on the making of the film, particularly for its young cast members.

“Malcolm in particular and what he represents especially in terms of black masculinity is a counterpoint to the hyper-aggressive, almost cartoon-like ideas that some have in their head about young black men,” says Famuyiwa. “That 12 year-old boys can get shot and killed in the park because a police officer felt like his life was in danger from a 12-year-old boy. It’s like: What’s going on with your mind psychologically that you see this young boy in that way?”