Dominica Continues to Create Opportunities for All, According to Prime Minister 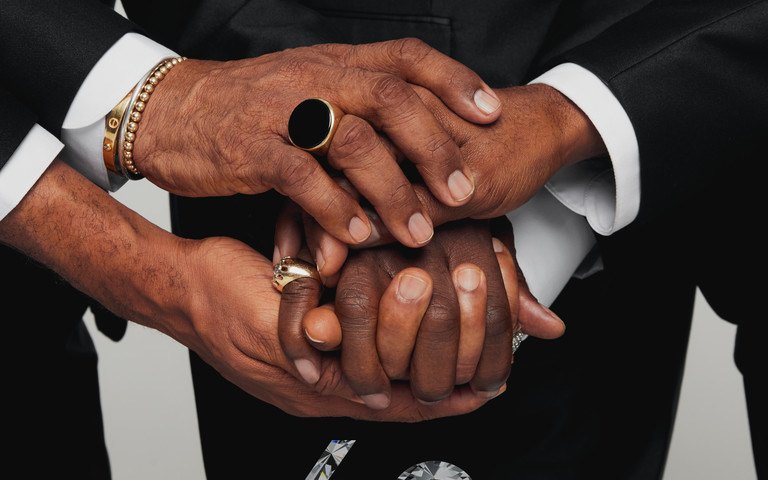 FEATURES THE HIT SMOKEY ROBINSON DUET, “IS IT GONNA BE YES OR NO”

LOS ANGELES, Dec. 3, 2021 /PRNewswire/ — Today, the Grammy Award®-winning Temptations announce their much-anticipated new album, TEMPTATIONS 60.  Released by UMe, a leading global music company, the new album consists of nearly all-original songs that are both modern and classic in feel and sound. In addition to tracks produced by group members, the album brings the iconic group together again with some of its beloved producers, including the legendary and award-winning Smokey Robinson and Narada Michael Walden. Dr. Otis Williams, the group’s founding member and the album’s executive producer, said, “Our new album carries with it, our legacy, our love of music and our hope that through our music we can uplift and bring people together. Most of all, we want fans to enjoy it and share it with family and friends around the world. It’s a thank you gift from our hearts to all of our fans, past, present and future.”

TEMPTATIONS 60 is available for preorder, HERE.

As The Temptations have done throughout their career, their latest album balances love songs with topical tracks, showcasing their enduring strength across the generations. Williams co-produced, with Dennis Nelson and Thomas “TC” Campbell, five of the album’s 12 tracks, including the harmony-infused ballad, “Calling Out Your Name” and the up-tempo tracks “You Don’t Know Your Woman” and “How Do You Spell Love.” Williams also co-produced an updated version of “Come On,” a song that had been the first recording by Otis Williams & the Distants, a precursor to the Temptations, in 1959, and features a special monologue about the group’s history.

The first single released from the album, “Is It Gonna Be Yes Or No,” is written and produced by and features Motown superstar Smokey Robinson. In all the years Robinson has delivered such timeless Temptations’ hits “The Way You Do the Things You Do,” “My Girl,” “Since I Lost My Baby,” “Get Ready” and more, the duet marks the only time he and The Temptations have sung lead together, save for a recording of “The Christmas Song” in 1989.

TEMPTATIONS 60 also features two brand-new songs produced by Grammy-Winning Narada Michael Walden, who produced their last platinum-selling album, Phoenix Rising; he delivers the biographical beauty, “When We Were Kings,” available now, which sums up the Temptations legacy to this point, and “Breaking My Back,” a love song that evokes the classic Tempts’ catalog.

Longtime Temptation leading vocalist and songwriter Ron Tyson, and Thomas “TC” Campbell produced two tracks, including “Time For The People,” a powerful statement addressing modern issues – a “Ball of Confusion” for the 21st Century – and the island-flavored love song, “I Want It Right Now.” Dave Darling, who produced the group’s last album, All the Time, brought to the album a stunning cover of the Vintage Trouble song, “My Whole World Stopped Without You.”

Reflecting the rich musical influences of the third decade of the 21st Century, the album opens with a uniquely contemporary track “Let it Reign,” featuring Queens New York, Hip Hop artist K. Sparks.  Much in the way “Cloud Nine” marked a bold update in the group’s sound back in the late 60’s, so too does this song, a modern-day shift from the group’s vintage roots, that weaves together the powerful fusion of hip-hop, smooth jazz and soulful flavors.

The Temptations are today one of the most iconic, bestselling brands in the entertainment world; Billboard magazine named them “The No. 1 R&B Artist of All Time.” With original member Dr. Otis Williams, the group’s track record of continuing to sell decades worth of history-making music is breathtaking.

The Temptations are commemorating their 60th Anniversary. The national anniversary campaign launched this summer and will run through 2022, in a celebration befitting one of the most revered and prolific musical institutions of all time. The year-long campaign includes the new album in 2022; a national concert tour through fall of next year, including a trip abroad in fall of 2022; remastering of their music videos, including “Standing on the Top” with Rick James, and their No. 1 hit “Stay;” a new content series; the Imperial Theatre re-opening on October 16, 2021, of the Broadway musical, Ain’t Too Proud: The Life and Times of the Temptations, based on Otis Williams’s personal journey that was nominated for 12 Tony Awards®, including Best Musical, and won the Tony Award for Best Choreography at 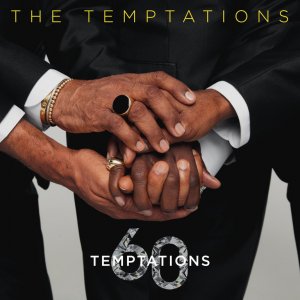 the 73rd Tony Awards ceremony in June 2019 and whose UMe cast album was GRAMMY®-nominated; the national launch of the musical’s touring company; and celebratory events along the way including Dr. Otis Williams’ 80th birthday, which was on October 30, 2021. Their Emmy® Award-Winning Television mini-series, The Temptations, which first aired to rave reviews in 1998, is still on air or streaming every day somewhere in the world. Williams’ critically acclaimed autobiography, Temptations, was released as an audiobook edition for the first time in 2020, with a new introduction by Williams.

Reflecting on The Temptations’ legacy, and the new album, Dr. Otis Williams said:

“Delivering our 60th anniversary album is a special moment for me. Being back in the studio this time filled me with so many memories of my journey and reminded me of how long and rewarding a journey it has been. I get emotional every time I think about it, because we poured every ounce of our heart and soul into making this album extra special, and only when we were satisfied that it was in keeping with our unique style, did we put our stamp on it. I can proudly say it showcases brand new songs that reflect the best of what’s vintage, and modern, in our music. A capstone of my career, this album represents generations of unique melodies, lyrics and songs, distinctly our own. Some of the new songs echo our original ballads and love songs, while others capture current, topical vibes of the 21st Century. It also includes new songs that reflect the times we are living in now.

It brings together again several great producers we have worked with in the past, including Smokey Robinson, Narada Michael Walden, Dennis Nelson and Thomas “TC” Campbell.  Now, as divine grace would have it, we got another chance to collaborate again.”

The Temptations presence across multi-media platforms has never been more vivid, and their popularity is ever-increasing. Most recently, adding to their dozens of sampled tracks, their hit “Papa Was a Rollin’ Stone,” was used as the foundation of the Migos smash hit, “Avalanche.”

The Temptations rank No. 1 in Billboard magazine’s most recent list of Greatest R&B/Hip-Hop Artists of All Time, and the group appears in the magazine’s list of 125 Greatest of All Time Artists. Rolling Stone magazine commented that the Temptations are “Indisputably the greatest black vocal group of the Modern Era…,” and listed the group’s Anthology album among the 500 Greatest Albums of All Time. The group has five GRAMMY® Awards, including Motown’s first-ever statuette, awarded to the Tempts for “Cloud Nine” for Best Rhythm and Blues Performance by a Duo or Group, Vocal or Instrumental and a GRAMMY Lifetime Achievement Award. The group’s No. 1 hits “My Girl” and “Papa Was a Rollin’ Stone” are in the GRAMMY Hall of Fame.  The group has been inducted into the Rock & Roll, National Rhythm & Blues Music, and Vocal Group Halls of Fame, and they have a star on both the Hollywood Walk of Fame and the Apollo Theater’s Walk of Fame.

The Temptations were among the first African American musical artists to crossover into mainstream America and appear on popular, national mainstream television programs.  In 1968, and 1969, respectively, Diana Ross and the Supremes and The Temptations starred in primetime network television specials “TCB (Taking Care of Business)” and “G.I.T. (Getting It Together) on Broadway.” Never before had two contemporary African American groups headlined their own #1 nationally rated television specials, all produced by Motown, an African American owned company. The “TCB” special was named the #1 rated variety show in 1968 and received an Emmy nomination. The original cast soundtrack album, TCB, reached #1 on Billboard’s Top 200 Albums chart. At the time, this was an unparalleled accomplishment for African American entertainers. The Temptations helped change the face of primetime television and fueled the growth in the performing arts and entertainment world for African Americans artists forever.

Throughout the group’s evolution, they have released countless gold, platinum and multi-platinum chart hits, many of which are considered American masterpieces. They have 16 No. 1 R&B chart albums, 44 Top 10 R&B chart hits, including, 14 No. 1 R&B singles, plus four No. 1 Hot 100 singles. 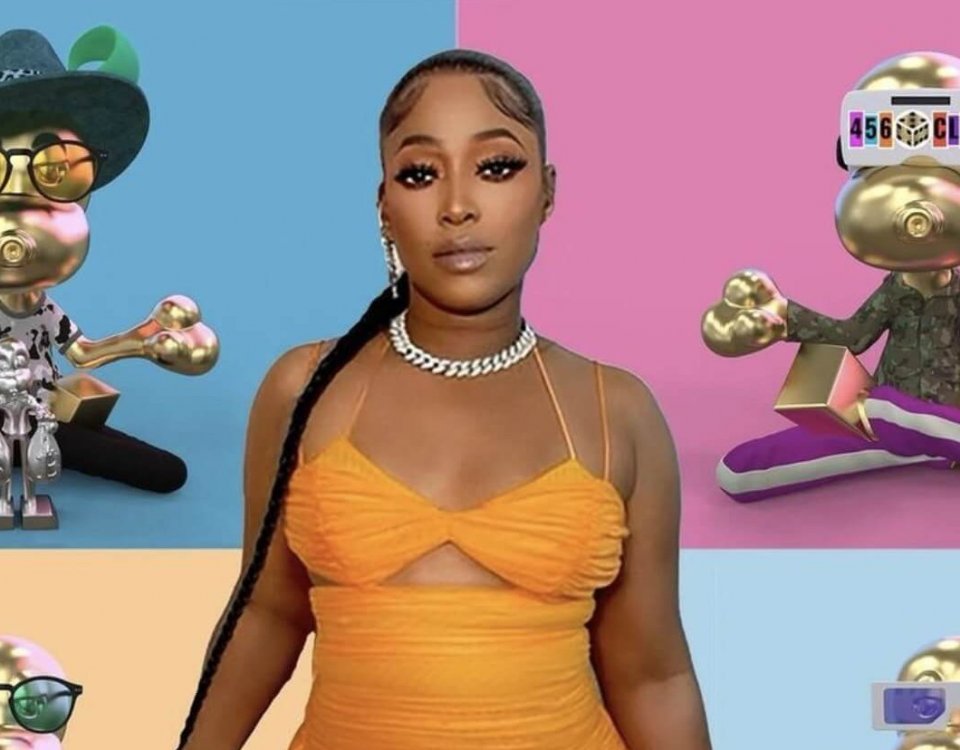