NEW YORK, July 23, 2021 /PRNewswire/ — The Ultimate Rap League (URL) continues to dominate the battle rap culture with outstanding programming for the summer. On Saturday, July 24, the world’s most respected emcee battle arena in Hip-Hop will introduce a roster of 16 new artists on the premiere episode of Ultimate Madness IV (UM4). The winner will earn a spot on URL marquee Summer Madness 11 stage on September 25th in Houston, TX. 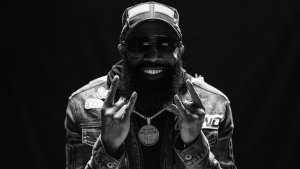 In 2020, the Ultimate Madness tournament gave the culture names that are now cemented as the brightest stars in the sport. Names like Real Sikh, Eazy the Block Captain, Jey the Nitewing, and Lu Castro emerged from the bracketed competition solidifying URL’s recruitment power — and keen eye to attract premium talent.

“All of the stars that you know now, those that headlined our many Summer Madnesses and N.O.M.E.s all came through some sort of URL process,” Troy “Smack White” Mitchell shares. “Whether you were a T-Top out of BET’s UFF, Nu Jerzey Twork from our Proving Grounds or just going in the trenches and finding a Murda Mook back on SMACK DVD, our platform evolves as the culture evolves in an intentional effort to keep the culture fresh.”

Round 1 of this four-week single-elimination tournament will feature the following matchups: Kyd Slade vs. DG da Paronta, NXT vs. Elijah Strait, Piranha vs. Casino, Tru Foe vs. J2, Truth Watson vs. MVP, Stumbles vs. Boze the Bambino, Real Name Brandon vs. Swervo, and Murda vs. Sheed Happens.

Since URL partnered with Caffeine, more fans have been able to see their battles for free. UM4 will share with this audience the leaders from URL’s latest franchise, The Crucible, a series exclusively on the league’s App designed to discover new talent. For the first time, both worlds will be merged in the most entertaining way.

Battles from UM4 will start to stream exclusively on The Ultimate Rap League’s App within weeks of their debut. Follow the URL channel on Caffeine for the latest: https://www.caffeine.tv/URLTV