Big Feet Records Teams up with Turbulence on New Project

The WNET Group and Chasing The Dream To Present New American Dream, Town Halls on Disrupting Systemic Racism and Envisioning the Nation Beyond It, Beginning April 28

NEW YORK, April 26, 2021 /PRNewswire/ — The WNET Group, home to PBS stations THIRTEEN and WLIW21, the network NJ PBS, and Long Island’s only NPR station WLIW-FM, has announced New American Dream, a five-week series of virtual forums that will gather thought leaders from across the country to discuss the impact of white supremacy and structural racism in America today. The events, which are aligned with The WNET Group’s Chasing the Dream, a public media reporting initiative covering poverty, economic opportunity and justice in America, will also explore ways to make the nation’s policies and culture more accountable to its democratic ideals. New American Dream live town hall conversations will take place on Wednesdays, April 28 – May 26 at 5 p.m. at thirteen.org/NewAmericanDream.

Each week New American Dream will examine systemic racism in relation to five pillars of contemporary society: voting rights, artificial intelligence and genetic data, journalism, antiracism and cultural narrative. The focus of the conversations will be on strategies and solidarity, with an understanding of history and eyes towards the future.

“We are pleased to bring together a diverse and distinguished group of people to foster honest, timely and relevant conversations about systemic racism in our country” said Eugenia Harvey, Chief Diversity, Equity and Inclusion Officer for The WNET Group and Executive Producer of Chasing the Dream. “It is critical to The WNET Group’s mission to amplify BIPOC voices on these issues and to promote social justice through solutions-focused dialogues.”

Partners for New American Dream include the AI Now Institute, Black Futures Lab, the Brennan Center for Justice, the Brooklyn Book Festival, the Center for Anti-Violence Education, Color Of Change, Common Cause NY, the Ms. Foundation for Women, the NYU Office of Global Inclusion, Diversity, and Strategic Innovation, and the Schomburg Center for Research in Black Culture.

DEMOCRACY THAT DOESN’T FLINCH: Inside Campaigns to Build and Diversify Political PowerWednesday, April 28 at 5:00 p.m. E.T.How are historically disenfranchised communities winning new political power and standing up to structural racism? What lessons do they offer in the fight for democracy? Moderated by Brian Tate, community partnerships specialist for The WNET Group and founder of Tate Strategies, Democracy That Doesn’t Flinch will be a conversation with leaders whose work strengthens political clout for their communities and voting rights for all Americans including: Christine Chen, APIAVote; Maria Teresa Kumar, Voto Latino; Afaf Nasher, Esq., Council on American-Islamic Relations, New York; Kimberly Peeler-Allen, Higher Heights; and Allie Young (Diné), Protect the Sacred. The event begins with a performance by painter, poet, and philanthropist Danny Simmons, Jr. 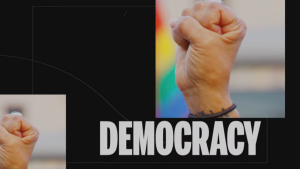 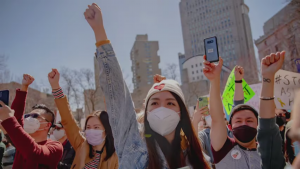 TURNED AGAINST THE TIDE: Heeding the Call of White AntiracismWednesday, May 19 at 5:00 p.m. E.T.How do white antiracists leverage culture to oppose white supremacy? What led them to the work, what obstacles do they face and how do they measure success? Moderated by Ginny Suss, producer, content creator, cultural curator and the CEO of Ginny Suss Productions, Turned Against the Tide will be a conversation with leaders who bring the message of antiracism to White communities through music and culture including: Gregg August, bassist/composer; Sara Donnelly, Jazz at South Arts; Merrill Garbus, tUnE-yArDs; Karen Pittelman, Karen & the Sorrows and Queer Country Quarterly; and Dan Zanes, musician and Constructive White Conversations The event begins with a performance by poet Ailish Hopper.

BRAVER THAN THE ONE BEFORE IT: In Search of the New American DreamWednesday, May 26 at 5:00 p.m. E.T.Life, liberty, and the pursuit of happiness – are they still the pillars of the American Dream, or does systemic racism in the U.S. demand a more radical vision? Moderated by Lisa Lucas, Senior Vice President, Pantheon & Schocken Books at Penguin Random House, Braver Than the One Before It will be a conversation with major authors on what America means and can become for people long kept at its margins including: Cathy Park Hong, author, “Minor Feelings: An Asian American Reckoning”; Robert Jones, Jr., author, “The Prophets”; Laila Lalami, author, “Conditional Citizens: On Belonging in America”; Valeria Luiselli, author, “Lost Children Archive”; and Tommy Orange (Cheyenne and Arapaho), author, “There There.” An opening performance will be made by Mexican American songwriter, vocalist and bandleader Sandra Lilia Velasquez. 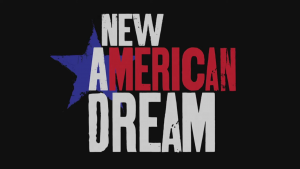 New American Dream is The WNET Group and Chasing the Dream‘s second virtual town hall to examine major issues affecting diverse communities throughout the tri-state region and across the United States. The first summit, Criminal Justice in America, brought together thought leaders from across cultures, cities, and sectors to discuss the top criminal justice issues affecting America today, and what can be done to change them.