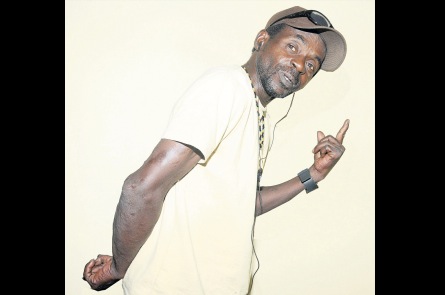 THOUGH a near-fatal injury almost 20 years ago impeded his memory and speech, deejay Tiger harbours hopes of a comeback.

“A lot of people have given up on me. I even hear some referring me to as ‘done’ an’ I will never be the Tiger I was before. But I will rise again,” he told the Jamaica Observer.

Tiger was at the top of his game in January, 1993 when he was struck from his motor-cycle in St Andrew. The accident resulted in him suffering extensive head injuries.

According to Tiger, his career was at its peak.

“I had so many things in the works dat was about to happen. A lot of big things, the accident was a big setback,” he said.

The diminutive toaster struggles to speak coherently, though there is a notable spark when he speaks about music.

He has made several comeback attempts. The last of those came in July, 2011 on a show alongside Shabba Ranks in Fort Lauderdale, Florida.

It did not go too well.

“I wasn’t able to put mi words well together, but the fans cheer mi on and give mi a lot of support,” he said.

Since the accident, the biggest challenges for Tiger have been financial.

His plight has afforded him time to reflect and offer some advice to aspiring artistes.

“When things are going good for yuh, make preparation for a rainy day. Don’t take it for granted that it will last. Have a backup plan,”

Born Norman Jackson, Tiger is from the Liguanea area of St Andrew. He first hit Jamaican charts in 1986 with the song No Wanga Gut. He had

several chart-riders that decade before suffering a brief decline.

He was back with a vengeance in 1987 with

Come Back to Me which also featured singer Anthony Malvo.

That was followed by hits like When. The tragic incident put another damper on his fortunes, but Tiger says no one should call time on his cut.

“It gets discouraging sometimes, but I have faith in God that it will all work out. I will rule again!”

For the original report go to http://www.jamaicaobserver.com/entertainment/Tiger-eyes-comeback_15351892#disqus_thread