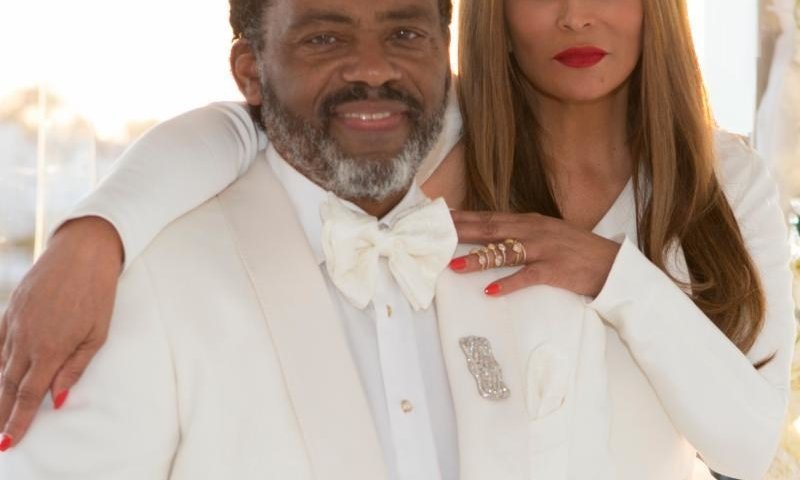 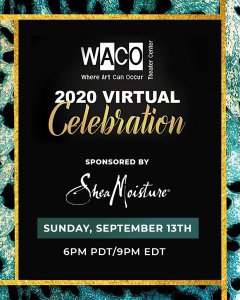 LOS ANGELES, Sept. 2, 2020 /PRNewswire/ — WACO (Where Art Can Occur) Theater Center, Los Angeles’s premiere non-profit gallery and cultural center, announced it will host a Virtual Celebration to raise funds for its programs and families impacted by COVID-19.  The event, which is a free and open public benefit program, will stream on WACO’s Facebook and YouTube channels on Sunday, September 13th, at 6:00 pm (PDT). A virtual art auction preview can be viewed by texting WACO2020 to 243-725.

WACO Theater Center proudly welcomes back global beauty and personal care brand SheaMoisture as the Presenting Sponsor for the 2020 Virtual Celebration. The brand has been a consistent supporter of WACO programs since 2016, working closely with the Center to passionately foster art and education initiatives for underserved youth.

The Virtual Celebration will celebrate various forms of art that uplift the community, empower entrepreneurship, and sow back into local programs.

The online event will be hosted by WACO Co-Artistic Directors Richard Lawson and Tina Knowles Lawson, champions of art and culture who founded the non-profit gallery and performance complex. “WACO was created to stand at the intersection of Black culture and art. For the past three years, we have worked to create a safe space for students to be nourished, grow, and learn,” said Tina Knowles Lawson. “This year, our gathering will feel and look different, but the mission unequivocally remains the same,” said Co-Artistic Director Richard Lawson. “We are looking forward to continuing the tradition of celebrating art and Black culture to create meaningful change for our children.”

The Virtual Celebration will benefit the performing arts, visual art, education and mentorship programs within WACO Theater Center, focusing on providing support to selected families affected by COVID-19. The evening will be filled with surprises, including highlights from the Wearable Art Gala and a special celebrity version of “Ms. Tina’s Corny Jokes.” The highly anticipated art auction will be in a virtual format, with proceeds going to the featured artists and WACO families affected by the pandemic and Covid-19 virus. A preview and registration for the auction can be completed by texting WACO2020 to 243-725.

The auction will raise money for WACO Theater Center programs which consist of enrichment and leadership initiatives that empower inner-city students ages 12-14, exposing children to all aspects of art and life that they would otherwise not have the opportunity to experience. Money raised will also help families affected by COVID-19.

The Celebration will be part of WACO’s virtual Theatrical Season 2020-21, which will include a myriad of productions including spoken word, stage readings, and celebrating award-winning playwrights.

Since its inception, WACO has presented the Wearable Art Gala as its annual fundraising event. The Gala will return to the Barker Hangar next year on Saturday, June 5, 2021.

ABOUT WACO THEATER CENTERThe Lawson’s state-of-the-art cultural center in Los Angeles, which houses Richard Lawson Studios, recently presented the 50th-anniversary production of the Pulitzer Prize-winning play, No Place to be Somebody, by Charles Gordone. Lawson served as Director and Knowles Lawson as Hair and Makeup Designer. The pair is committed to providing a creative center where art can occur and empower actors, artists, and youth within a diversified pool of LA communities to celebrate their own talent and artistry. For programs, classes, and upcoming productions and events, visit www.WACOTheaterCenter.com and follow @WacoTheater on Instagram, Twitter and Facebook.