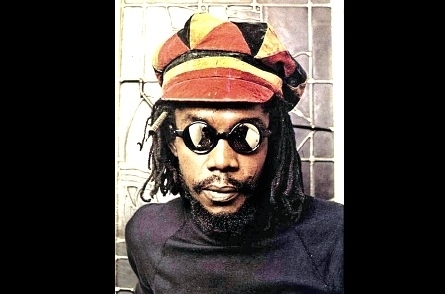 Titled Steppin Razor: The Life of Peter Tosh, the 486-page book is published by Britain’s Omnibus Press and has been out since early this month.

According to an article posted on the website, www.midnightraverblog.com, Masouri spoke about the shortage of biographies for reggae artistes.

“It’s not just Peter Tosh. We should be asking why there are no major biographies of other reggae artistes too. In my own experience, publishers are reluctant to venture beyond books on Bob Marley and historical overviews. The majority still don’t believe in the power of this

music to attract an international fan base, or feel the need to promote the few

books that do make it onto the shelves of major retailers,” Masouri observed.

Masouri pointed to low points as he worked on the project.

“I actually did walk away from it for a year after it became clear that the Peter Tosh Estate weren’t interested in being involved. I’d had my heart set on writing an authorised biography, and it took time for me to readjust and finish the book without them,”

There are several comparisons to Bob Marley (Tosh’s former colleague in the Wailers) throughout the book.

“The question I’ve been most asked since starting work on the book is ‘Why isn’t Peter Tosh remembered to the same extent as Bob Marley?’ He and Bob’s lives were so intertwined for the first 10 years of the Wailers but even after the group split, Peter was constantly having to field questions about Marley and fend off comparisons,” Masouri stated.

Masouri is also the author of Wailing Blues: The Story of Bob Marley’s Wailers and co-author of The Guinness

Book of Reggae and The Virgin Encyclopedia of Reggae.

Tosh, whose legacy includes the landmark albums Legalize It and Equal Rights, was murdered at his St Andrew home in November, 1987. He was 43 years old.

For the original report go to http://www.jamaicaobserver.com/entertainment/TOSH-BIO-RELEASED_15119703