Jamaica House Returns to the UK 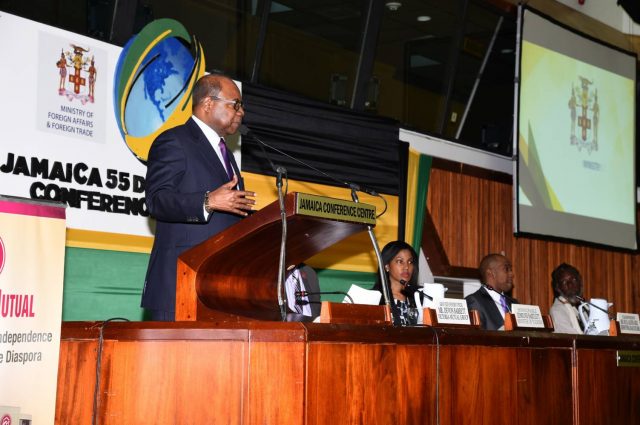 Minister of Tourism, Hon. Edmund Bartlett, says the sector is on course for “record -breaking growth” this year.

He said that revenue earnings for the first half of the year is estimated at US$1.84 billion, which is an increase of over eight per cent compared to the first six months of 2016.

The country welcomed 2,165,330 visitors up to the end of June this year, which is 3.9 per cent higher than the corresponding period last year.

The strong sector performance since the start of the year builds on the successes of 2016, when the sector expanded by an unprecedented four per cent, and welcomed over 3.84 million visitors in total.

Gross Foreign Exchange Earnings for the period amounted to US$2.55 billion up 6.2 per cent, with stopover arrival earnings of US$2.4 billion, representing a 6.1 per cent increase; and cruise passenger earnings of US$148.6 million, up eight per cent.

In spite of these prolific numbers, Mr. Bartlett said the Ministry, its agencies and other key stakeholders are never complacent and “we continue to revamp and intensify our strategies to identify key drivers of competitiveness and sustainable tourism development in Jamaica.”

Minister Bartlett noted that tourism remains one of the few labour-intensive sectors and directly employs over 106,000 Jamaicans, and another 250, 000 indirectly, through linkages with agriculture, the creative and cultural industries, entertainment,  manufacturing, transportation, finance and other services.

Over the last 10 years, tourism has expanded by 36 per cent.