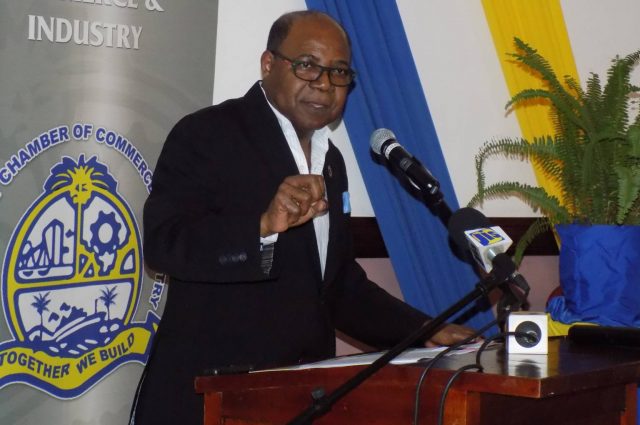 Addressing members of the Montego Bay business sector in the city on July 28, the Minister said while he is not discouraging local investments in large hotel projects, the ‘Hip Strip’ is a prime spot for EP hotels, which are owned and operated by Jamaicans.

The EP in hotel listings indicates that the quoted rate is strictly for lodging and does not include any meals. Any food provided by the hotel is billed separately. Taxes and tips are usually additional as well.

“I want to encourage more EP products on this strip…and do not think only of building big hotels,” the Minister told the business people.

Highlighting the important role that Montego Bay plays in the national economy as a tourist resort, Mr. Bartlett said it is the largest and most important tourism city in the English speaking Caribbean.

“Currently, Montego Bay represents some 35 per cent of the national tourism product. So far this year we have earned about US$1.86 billion, with Montego Bay contributing over US$700 million of that. So, that’s significant and we can’t afford to play games with that,” the Minister said.

Meanwhile, Mr. Bartlett said Montego Bay has yet to realize its potential in ‘Food Tourism’ as the city is devoid of a major gourmet restaurant as well as organic food preserves and presentations to pull a special demographic of travellers into the resort area.

“We need to build out a strong and powerful food experience. Some 88 per cent of world travel is for food and if we build out the food experience in Montego Bay, we will bring more investment in gastro-tourism,” he said