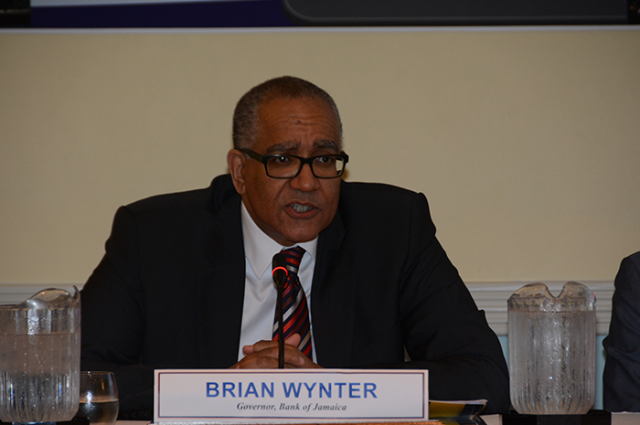 Governor of the Bank of Jamaica (BOJ), Brian Wynter, says the tourism sector is poised for increased earnings this year, coming off a successful 2016/17 winter season.

He noted that the winter period, from December 15 to April 30, was the best ever for the sector, with earnings of more than US$1 billion.

“In a context where tourism usually earns over US$2 billion annually, this year we have already achieved half of that in the winter season alone,” he pointed out.

He noted also that the arrival targets of 4.2 million visitors this year and five million by 2021 “are very much within reach”.

Mr. Wynter, who was addressing the Central Bank’s quarterly press briefing at the Hyatt Ziva Hotel in Rose Hall, St. James, last week, said that optimism among stakeholders in the sector is at an all-time high “and with very good reason”.

He noted that 2016 was a successful year for tourism, with Jamaica winning awards for the Caribbean’s leading destination, hotel brand, personality, and world’s leading cruise destination at the World Travel Awards.

Meanwhile, Mr. Wynter said the staging of the BOJ’s quarterly conference in Montego Bay is part of the Bank’s outreach programme to communicate more directly with a wide cross section of Jamaicans.

“I am also fully aware that, as important as tourism is, our tourism capital itself is about much more than tourism, and that Montego Bay has produced and hosted some of the country’s leading business persons in several other areas of major economic activity,” he pointed out.

Mr. Wynter said it is fitting that Montego Bay will be hosting the United Nations World Tourism Organization’s (UNWTO) Global Conference on Partnerships for Jobs and Inclusive Growth Through Sustainable Tourism in November.

The conference involves collaboration with the World Bank.