Tribute To Miss Lou A Jamaican/Canadian 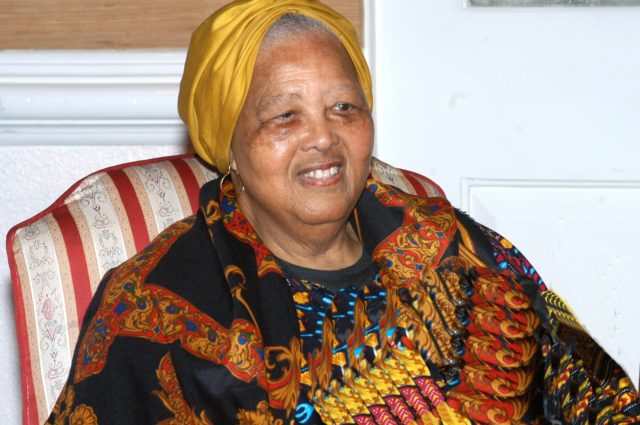 Cultural Ambassador Extraordinaire
Miss Lou is an internationally acclaimed Jamaican lyricist and cultural ambassador. Dr. The Honourable Louise Bennett Coverly more popularly known as Miss Lou is also a cultural Icon. She was never afraid to grace the stage and perform in her own inimical style using the language of the ordinary Jamaican “Patois”.  Miss Lou with her late husband Ronnie William’s were a dynamic duo who performed together and had a very popular radio show. Radio was then king as TV was just about to enter our lives.  For over many years they performed tirelessly.
Canadian Citzenship
“The Lou & Ronnie Show”  a renowned item on the show was her trademark “flat board” that she never failed to threaten her husband and stage partner Ronnie with.  For over 50 years they brought laughter and warmth  to the hearts of many in Jamaica and overseas, especially Canada where she acquired citizenship later in life.
McMaster University
In Canada she also performed much and it is there that a vast  body of her work is preserved and archived by the McMaster University. We hope this body of work will be acquired by Jamaica some day soon.  We need to have custody of this national treasure.  It is part of our rich heritage.  This piece of our national tresure should be no where else but at our National Gallery.  We are grateful to the University for their skills and assistance but the time has come for the repatriation of this national treasure, the footage and audio of priceless works of art … the best of Miss Lou. This body of work must be repatriated, it belongs no where else.
Linguistic Artiste
At a time when it was considered almost impolite not to speak the “Queen’s English” it was Miss Lou who rubbished that stereotype.  Patois, or our local dialect was promoted on stage and Miss Lou mocked if not chastised those who were ashamed to use their dialect/tongue to express their thoughts.  Today there is greater appreciation of Patois as a result of her (Miss Lou’s) relentless crusade.  We even have a patois bible and at least one radio station reads the news in patios.  Our local university (UWI) has recognized the value of promoting our local dialect.
Pantomime
Miss Lou was a pioneer in Jamaica where she performed at the famous Ward Theatre on Boxing Day annually in the pantomime.  Queenie’s Daughter was one of the earliest such performances done at the ward theater.  We owe an unplayable debt to Miss Lou.
Migrated
She migrated to Canada and after failing health transitionad.  The Honourable ‘Babsy’ Grange was a great supporter of matters cultural, was always in touch with Miss Lou
and supported Miss Lou’s work.
Statue
In Gordon Town Square a towering statue of Miss Lou stands magnificently.  Honourable ‘Babsy’ Grange,  culture Minister must be commended for her vision and drive to see that this most fitting tribute in the form of a full size stature is erected in the Town Square, East Rural St. Andrew
We salute Miss Lou on this immortalization.
This is a great honour.  The Jamaican/Canadian deserves the best and  nothing less.
Hopeton O’Connor-Dennie is Senior International Correspondent & photojournalist for Vision newspaper Canada.