Why Did Trump Lose The Presidency? 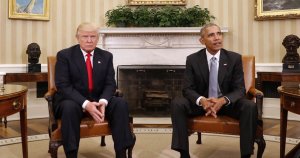 When Barak was about to demit office he realized that the votes chose Trump over Democrat Hilary Clinton he graciously invited the Trump family to tour the White House and introduced him and his family to staff.  To be gracious is a gift that if practiced does create lasting goodwill. 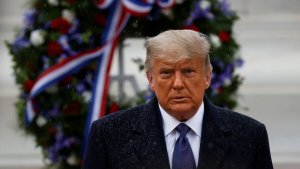 Whether Trump concedes or not formally he is the immediate past President come January 21, 2020.  There is no ifs or buts about that fact.  Irrespective of whom his lawyers are whom he chooses to pardon. He can either pardon a turkey or any member of his alleged criminal friends.  The liars and law breakers whom either lied for him or perjured themselves and we’re convicted in a court if law.

Will Trump as a private citizen be hauled before the justice system?  He has no immunity and would have to answer for any wrongs he did in office.  There has been speculation that he could be cited for tax evasion.  This must be occupying the minds of his handlers.  Trump may be worried too. Time will tell what his fate as a former US president will be. 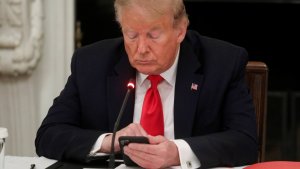 Trump will no doubt get a Presidental Library. This is a courtesy normally accorded to past presidents. We do not expect any change. Secret service protection will also be available to him. And of course he will be accorded the courtesy of being referred to as the president. This stays with him for life.

One thing we can say for sure is that the society will breathe a gush if fresh air when he leaves.  His leadership style has tarnished the Office of the President.  What a pity!

He had so much going for him yet he blew it.  May he cone to his senses even at this late hour.

excessive deaths due to his failure tol lead by example by refusing to wear a mask.

We are not holding our breaths for this to happen.

We wish Biden/Harris a great tour of duty. They have already set the tone.  Civility will soon return to the White House. We cannot wait for that to happen.

Hopeton O’Connor-Dennie is a veteran political watcher with an international exposure and senior journalist.