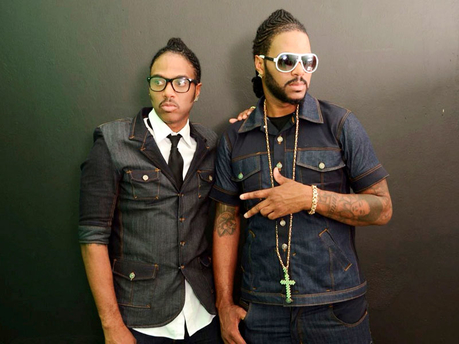 With a voice that was powerful enough to bring attention to the state of the nation’s roads, dancehall duo Twin of Twins is now asking Tessanne to use her voice to translate a few things so that a number of pressing issues in the country can be looked at.

While on NBC’s ‘The Voice’, Tessanne Chin made mention of Jamaica’s roads when she said, “We have the worst roads.” This was followed by the National Works Agency stating that the Government is making efforts to address the issue.

So last Thursday, Twin of Twins released a song called Tessanne, Tell Dem, in which they asked the singer to ask for certain key things that the country is in need of so that these matters might be addressed as well.

In the song, Twin of Twins said: “Jah know, Tessanne, mi like da talk deh weh yuh mek/ You know how long mi a talk and dem gwaan like dem figet/ Anytime wi talk dem seh a disrespect/ So mi ago mek yuh translate if a dat it a go tek … / Do this fi mi like how dem listen yuh so well.”

They went on to say she should tell the relevant authorities about the poor being in need, legalising marijuana, paying the IMF (International Monetary Fund), and investing in education and factories. They also said Tessanne should ask Government to leave stage shows alone and stop blaming dancehall for society’s ills. In the song, the twins also noted that there was no economic growth, while bills from the Jamaica Public Service (JPS) continue to increase.

Speaking with The Gleaner, one half of the duo, Patrick Gaynor, said: “I wrote this song with the intention of just saying Tessanne said a good thing and they decided to listen to her. So I say, Tessanne, you be a voice for the common man, the poor, the voiceless.”

He continued: “Based on the name that is called and how important that person is, it will garner some attention. I wanted to shed some light on the issue that poor people face.”

And with people still recovering from the festive season, he said the song comes as a timely reminder that all is not well in the society.

And within 24 hours of the song’s release, Gaynor said it has already been making its mark.

“We know wah poor people a face, so they can relate,” he said.

He noted that they did the song hoping that it would have a positive impact. However, he said he would not be surprised if some persons put a negative spin on it.

Meanwhile, he said they are gearing up for shows in Canada and the United Kingdom in the coming months. In addition, he said they are also working onStir It Up Volume II, as well as the animated movie, Locked Up A Yaad.

For the original report go to http://jamaica-gleaner.com/gleaner/20140113/ent/ent1.html